Concrete is one of the most widely used building materials in our construction industry. It is very important that concrete should be pulled into the mould with proper precaution and care otherwise, we will not get the desired strength of concrete.

In this article, we will highlight the Signs of Bad concrete pour and the methods which should be used to treat the defects of the concrete.

Concrete is a composite material that is manufactured cement, fine aggregate (sand), coarse aggregate ( gravels), and water in an appropriate proportion. Cement act as a binding material in concrete and aggregates acts as a filler material.

While manufacturing concrete the different materials are mixed properly in a specific proportion to obtain the concrete with desired strength.

Concrete is a uniform mixture of cement, sand, aggregate, and water in the prescribed proportion which sets and hardens and acquired the desired strength over a certain period.

The concreting operation consists of measuring the ingredients, mixing them properly to obtain a uniform mixture, and placing the concrete in the moulds which are known as formwork.

Concrete is compacted and allows to set and hardened. It is very necessary that concrete should be cured for about 28 days by keeping it constantly moist.

Concrete has various uses in the construction sectors which are as follows.

The signs of bad concrete pour are classified into mainly two types.

List of Bad concrete signs time of pour during the concrete are as follows. 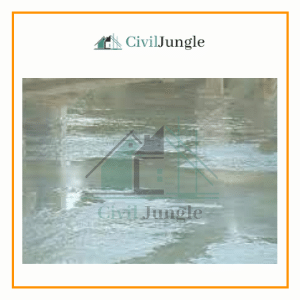 The Bleeding of concrete is a Phenomenon in which free water in the concrete mix rises up or comes on the surface of the concrete layer of cement slurry. The bleeding is a sign of Bad Concrete Pour.

Due to the bleeding concrete loses its strength and homogeneity. Bleeding causes permeability in the concrete. In the process of bleeding the water gets accumulated and it develops air voids in the concrete which reduces the bond between cement and aggregate.

Methods to Reduce Bleeding in Concrete

The following method should be used during concreting to reduce bleeding in concrete.

Also, Read: What Is Glass Fiber Reinforced Gypsum | Applications of GFRG | Disadvantages of The GFRG Panel 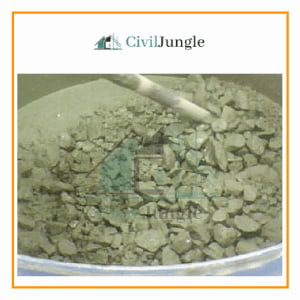 Segregation of concrete is defined as the separation of the cement paste from the aggregate during the placing and handling of the concrete on the construction site. Aggregation is one of the major signs of Bad concrete pour.

Segregation occurs when the concrete is over vibrated or compacted during concreting work. Segregation will affects the strength and the durability of the concrete.

The causes of segregation of concrete is due to the use of high water-cement ratio in the mixing of concrete. Excessive vibration during concreting can also lead to the problem of segregation.

The primary cause of segregation in the concrete is due to there variation in the specific gravity of different materials used in the manufacturing of concrete.

When the concreting operation is done from a larger height in the case of underground foundations, it will need to the secretion of concrete which is a bad sign of concrete pour. 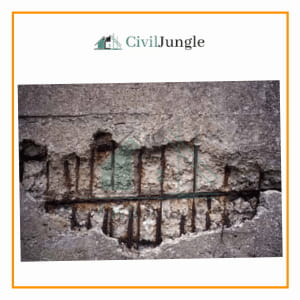 Spalling is the phenomenon in which an area of concrete gets cracked and delaminated from the substrate. spalling of the concrete leaves the concrete surface patchy and exposed aggregate.

Spalling is a sign of bad concrete that affects the concrete structures and their durability. Causes of spalling of the concrete due to the expansive effect of alkali-silica reactions and the use of improper cover.

Effect of Spalling of the concrete is categorized into various forms as per its intensity.

Also, Read: How to Calculate Slab Steel Quantity from Drawing | BBS of Slab 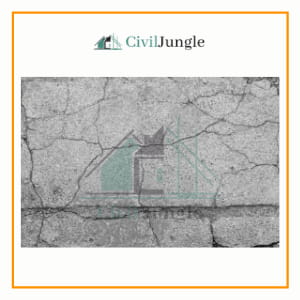 Cracking is one of the commonly observed and major defect occurred in the concrete. A crack in concrete is a fine fracture that extends partly or completely through the member.

The range of scaling of the concrete categorized are as follows.

Also, Read: What Is the Gradient of Road | 6 Types of Road Gradient | Factors Affecting Gradient |Effect of Gradient on Roads 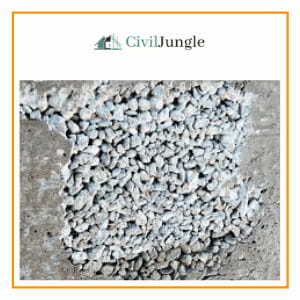 Honeycombing of Concrete is measured in a different range which are as follows. 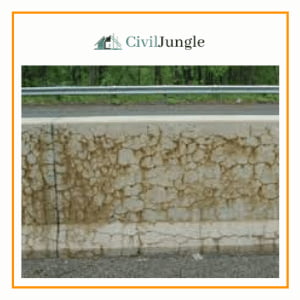 A chemical attack on concrete can occur if aggregates are alkaline and chemically reactive. concrete can be attacked by different chemically active matters like acids, some alkalis, various salt solutions, and organics such as sugars, and animal oils, especially if they contain free acids. It is signs of bad concrete.

To prevent the alkali-aggregate reaction use low alkali cement in the concrete and also reduce the moisture and maintained the concrete in a dry state.

Crazing is a defect that occurs on the surface of the concrete and forms a map pattern of fine cracks. The cracks extend only through the surface layer. This is due to minor surface shrinkage as a result of dry conditions.

The problem of creating can be prevented by proper finishing and curing of the concrete as soon as possible. These types of cracks do not harm the concrete structure. It will affect the appearance of the structure. 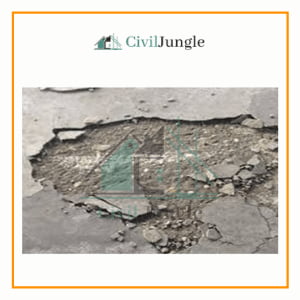 The delamination of the concrete can be prevented by finishing the surface of the slab after the process of bleeding starts. 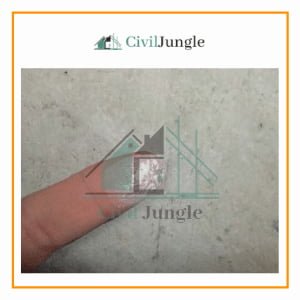 Dusting can also cause due to inadequate curing of the concrete. It can be repaired by applying a chemical floor hardener or a bonded topping.

Conclusion of Signs of Bad Concrete

All the defects must be treated properly otherwise it will cause major harm to the structures and affects the durability of the concrete.

Different types of defects in concrete structures can be cracking, crazing, blistering, delamination, dusting, curling, efflorescence, scaling and spalling. These defects can be due to various reasons or causes.

What Are the Defects in Concrete?

How Can You Tell If Concrete Is Defective?

Which One Is the Defect in Hardened Concrete?

Crazing occurs due to rapid hardening of a top surface of concrete due to high temperatures or if the mix contains excess water content or due to insufficient curing.

What Are the Factors Affecting the Durability of Concrete?

Pouring Concrete in Rain. Pouring concrete in the rain can compromise its strength, increasing the tendency for dusting and scaling to develop. Once the damage is done, it can be hard to rectify and will often ruin the appearance of the finished surface. Don’t let it rain on your parade.

Signs of a Bad Contractor

How to Fix a Bad Concrete Job?

In most cases, a poor concrete job cannot be saved; the slab should be removed and a new one poured in its place. If the visible finishing was done poorly then you can assume there are other hidden problems that will soon appear.

Can Concrete Be Poured on Top of Concrete?

Is It Ok to Pour Concrete in the Rain?

Pouring Concrete in Rain. Pouring concrete in the rain can compromise its strength, increasing the tendency for dusting and scaling to develop. Once the damage is done, it can be hard to rectify and will often ruin the appearance of the finished surface. Don’t let it rain on your parade.

Concrete slabs exposed to freezing and thawing in the presence of moisture and/or deicing salts are susceptible to scaling. Most scaling is caused by the Application of excessive amounts of calcium or sodium chloride deicing salts on concrete with inadequate strength, air entrainment, or curing.

A crack in a slab of 1/8 inch or less is typically a normal shrinkage crack and not a cause for concern. If the crack is larger or growing larger (an “active” crack), or one side of the crack is higher than the other, then you may need to have the work reviewed by a structural engineer.

What Causes Concrete to Harden?

The water causes the hardening of concrete through a process called hydration. Hydration is a chemical reaction in which the major compounds in cement form chemical bonds with water molecules and become hydrates or hydration products. Aggregates are chemically inert, solid bodies held together by the cement.