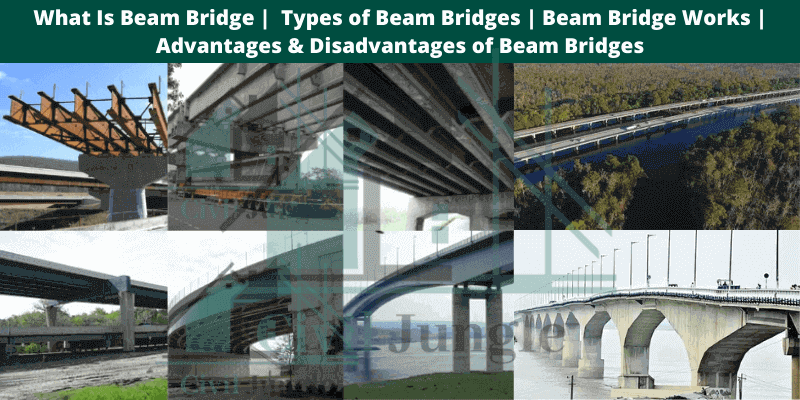 Bridges are one of the most important parts of the Infrastructure of the country which plays a great role in the transportation of raw materials from one end to another end.

There are many types of bridges which are constructed for the movement of traffic. In which article, you will get to know about beam Bridge and the types of beam Bridge.

What Is Beam Bridge? 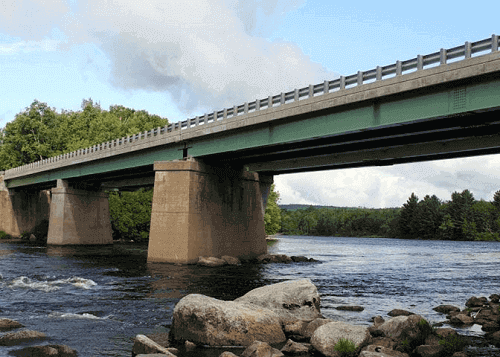 The main aim of constructing a bridge is to provide passage of traffic from one end to another end. Beam Bridges are the simplest structural forms for the spans of the bridge which is supported by the abutments or piers at each end.

It is basically a horizontal slab for beam which is supported at each end. Beam Bridge is a common type of bridge which is held by the supports at the ends.

In this type of bridge, no moments will get transferred throughout the support so that it is known as simply supported. Beam bridges can carry pedestrians, trucks, light rail and heavy rail etc.

It is very necessary to calculate all the bending moments in a beam to establish a safe design for the construction of beam bridges.

Material Used in the Construction of Beam Bridge. 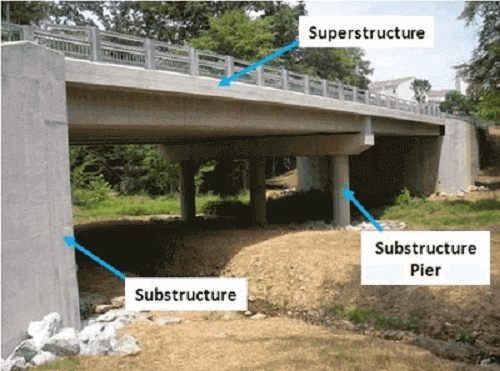 Nowadays there is an Advancement in the technology due to which the advanced materials are used for the construction of bridges.

The materials which are used in the construction of beam bridges are as follows.

Prestressed concrete material is best for the construction of beam Bridge because it can endure high compressive stresses.

#1 Based on the Geometry

#3 Based on the Equilibrium Conditions of the Bridge

#4 Based on the Type of Support

Description of the beam Bridges in detail is given below

#1 Beam Bridges Based on the Geometry

Street beams at the horizontal component which are used to support vertical loads.

In the curved beam, there are some assumptions which are taken like the cross-section has access of symmetry in a plane along with the length of the beam. The modulus of elasticity e remains the same in tension and compression.

#2 Classification of Beam Bridge Based on the Shape

#a I Beam Bridge

I-beam beams are more economical and easy to fabricate. I-Beam has a high moment of inertia which will help to resist the moment.

This type of beam is made monolithically with the reinforced cement concrete.

C-beam is also known as channel Beam. It has high load carrying capacity and can be made from concrete, steel and heavy wood.

#3 Classification Based on the Equilibrium Conditions

In regards to beams, if the reaction forces can be calculated using equilibrium equations alone, they are statically determinate.

On the other hand, if the reaction force can’t be determined using equilibrium equations only, other methods have to be used, and the structure is said to be statically indeterminate.

The structures of the bridges which cannot be analysed using statics equations only, they may require material properties.

Also, Read: Difference Between Whole Circle Bearing and Quadrantal Bearing | What Is WCB | What Is QB

#4 Classification Based on the Type of Support 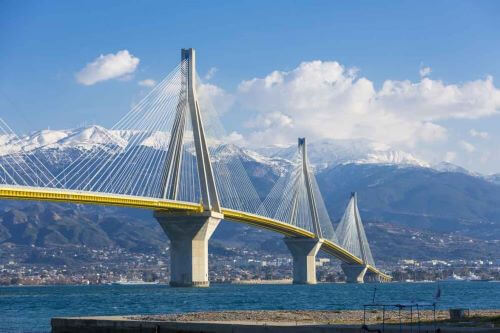 supports, it is called a simply supported beam bridge. If two or more beams are joined rigidly together over supports, the bridge becomes continuous.

Cantilever beam Bridge is a type of beam Bridge which is supported at one end only and free at another end.

Overhanging beam has at least two supports at one end and other is at another end.

Continuous beam Bridge is a type of bridge which has more than two supports.

Fixed Beam Bridge is a type of bridge which is rigidly fixed at both ends.

How Does a Beam Bridge Works?

The Beam bridge is simply a horizontal slab which rests on the supports at the ends. The support carries the load coming on the bridge due to heavy traffic and transfers it to the foundation.

In case of the beam Bridge, the whole weight of the beam pushes straight down on the piers or the supports. The beam should be strong such that it does not bend under its self-weight it and the additional weight by the movement of heavy traffic.

Beam bridge can endure both compressive stresses as well as tensile stresses. Beam bridges weight and strength depend upon the distance off the bridge.

The strength of the beam Bridge is influenced by the distance between two piers.

The bridge mainly consists of three elements which are

The substructure consists of the foundation which transfers the load of the weight of the bridge to the underground Strata. It also consists of columns or piers and abutments

The superstructure of the bridge is the horizontal slab which spans between the two supports.

The function of the Deck of the bridge is to carry the movement of traffic from one end to another end.

There are many advantages of bridges which are as follows

Some Famous beam Bridge are listed below 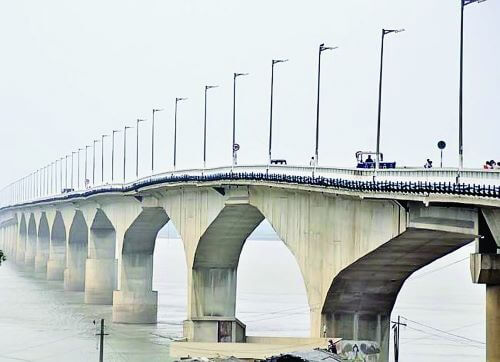 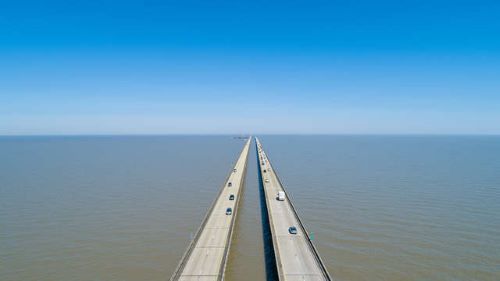 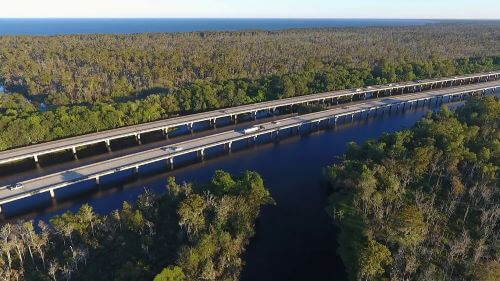 Situated in China, the Donghai Bridge is one of the longest sea bridges in the world measuring 32.5 km (20.2 miles). The beam bridge connects mainland Shanghai to offshore Yangshan with a cable stayed section in the middle allowing the passage of large ships. The bridge was completed back in December 2005 and is said to have cost $1.64 billion.

A beam bridge is a strong, horizontal structure that rests on two end supports, and carries traffic by acting as a beam. Beam bridges are often used for heavy cars and trains to pass, and some are also built for people to walk on. Beam bridges used to be made from wood and were called log bridges.

Advantages and Disadvantages of Beam Bridges

Lake Pontchartrain Causeway in Louisiana, the world’s longest over-water bridge, is an example of a beam bridge. The causeway’s 24 mile length is made up of 2,243 separate spans on the southbound lane and 1,500 spans on the northbound lane.

How Does a Beam Bridge Work?

In its most basic form, a beam bridge consists of a horizontal beam that is supported at each end by piers. The weight of the beam pushes straight down on the piers. Under load, the beam’s top surface is pushed down or compressed while the bottom edge is stretched or placed under tension.

Beam bridges, also known as stringer bridges, are the simplest structural forms for bridge spans supported by an abutment or pier at each end. No moments are transferred throughout the support, hence their structural type is known as simply supported.