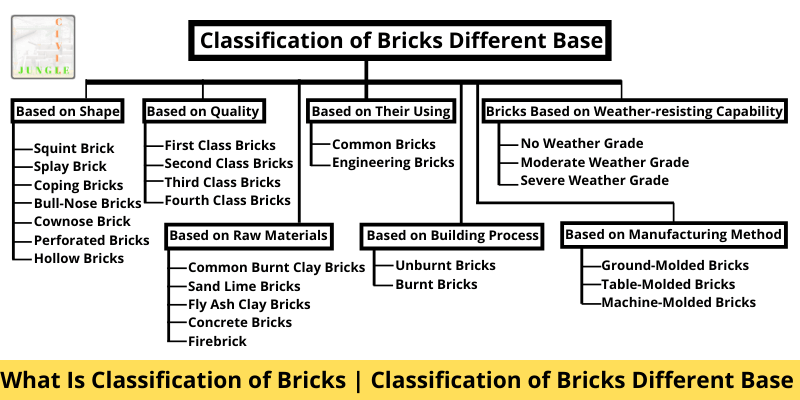 What Is Classification of Bricks?

Many types of brick available in the market. All bricks are a different purpose and different place used, so us classification bricks as below.

#1. Classification of Bricks:Based on Shape

They are cut at a corner at an angle of more than 90 degrees. They are required to shape the outer or inner corner in a wall.

They have a level or part, width-wise, length, or in both directions. The individual shapes are grouped under gleaming bricks, which are also made for use indoors and windows, vents, and plinths.

They are used for coping on the walls to give them a good appearance and can also be used for easy drainage of water.

When a coping is to be provided to a wall, a particular shape may be desired. Chuffed, half-round, and saddleback bricks are some common imitating bricks.

These bricks have rounded corners and are usually preferred in buildings from an architectural point of view. They are mostly used in the construction of steps, sills, and capping walls.  It is a standard brick with one edge rounded.

It is similar to the bullnose, but it has both sides rounded to one side. It can also be called double bullnose bricks. They have the same use as bullnose, but they only give additional roundness. 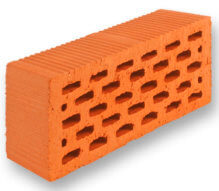 These bricks have hollow holes, produced by pushing iron bars within the bricks. The purpose of producing these holes is to reduce the overall weight of the brick, thus minimizing the self-weight of the structure.

However, these bricks do transmit sound and are also not suitable to be used in the hydraulic structures. 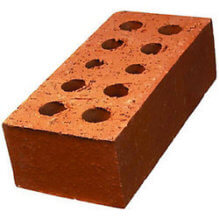 These bricks are used for insulation purposes. They are strong against distributed loads; however, they may easily fail against concentrated loads.

#2. Classification of Bricks: Based on Quality

These are the high-quality bricks, having a uniform shape. Color and texture. They have sharp edges. They are sound and well burnt.

If scratched with a nail, they leave no mark. Moreover, if struck against each other, a clear metallic sound is produced.

They are free from efflorescence, cracks, and other flaws. The crushing strength of these bricks is approximately 105 kg/cm2.

The water absorption after 24 hours in the water is no more than 10- 15 percent by mass of the brick. Owing to the highest quality, they are used in load-bearing walls and pavements.

Although sound and well burnt, the second class bricks have certain irregularities in shape and texture. Like first class bricks, they are also free from cracks, considerable efflorescence, and flaws.

The water absorption after 24 hours in the water is about 20 percent by mass of the brick. They are also used in load-bearing walls but of moderate capacity, usually in single-story buildings.

However, they are widely used in partition walls. Moreover, they are preferred as brick ballast in foundations and floorings.

Slightly under burnt bricks are termed as third-class They are not uniform in shape and size. Their crushing strength is about 30 kg/cm2far below than that of first-class bricks.

The water absorption is about 25 percent by mass of the brick after 24 hours of submersion in water. They produce a dull sound when struck against each other.

Though they have poor strength and texture, yet they are highly economical and can be used in the construction of temporary and rural structures.

Also, read: What Is Plaster | Type of Plaster | Defects In Plastering

#3. Classification of Bricks: Based on Their Using 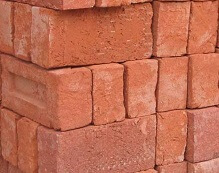 These bricks are the most common bricks used. They don’t have any special features or requirements. They have low resistance, low quality, low compressive strength. They are usually used on the interior walls.

#4. Classification of Bricks: Based on Raw Materials 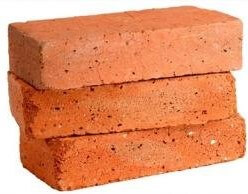 When these bricks are used in walls, they require plastering or rendering. 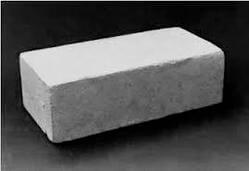 Sand-lime bricks are made by mixing sand, fly ash and lime followed by a chemical process during wet mixing. The mix is then molded under pressure forming the brick.

These bricks can offer advantages over clay bricks such as their color appearance is grey instead of the regular reddish color.

Their shape is uniform and presents a smoother finish that doesn’t require plastering. These bricks offer excellent strength as a load-bearing member.

Fly ash clay bricks are manufactured with clay and fly ash, at about 1,000 degrees C. Some studies have shown that these bricks tend to fail poor produce pop-outs, when bricks come into contact with moisture and water, causing the bricks to expand. 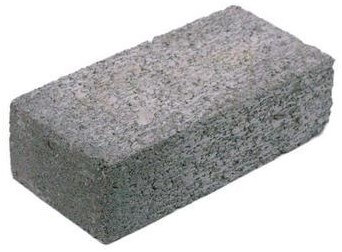 It is made of concrete. It is the least used bricks. It has low compression strength and is of low quality. These bricks are used above and below the damp proof course.

These bricks are used can be used for facades, fences, and internal brick-works because of their sound reductions and heat resistance qualities. It is also called mortar brick.

It can be of different colors if the pigment is added during manufacturing. It should not be used below ground. 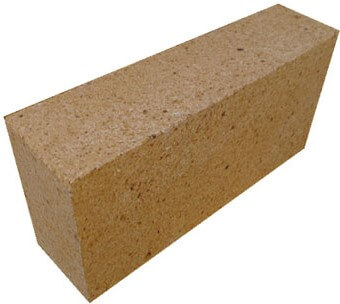 It is also known as refractory bricks. It is manufactured from a specially designed earth. After burning, it can withstand very high temperatures without affecting its shape, size, and strength.

It is used for the lining of chimney and furnaces where the usual temperature is expected to be very high.

#5. Classification of Bricks: Based on Building Process

Unburn or sun-dried with the help of heat received from the sun after the process of molding. These bricks can only be used in the construction of temporary and cheap structures.

Such bricks should not be used in places exposed to heavy rains.

Burnt bricks are made by burning them in the kiln. First-class, Second Class, Third Class bricks are burnt bricks.

#6. Classification of Bricks: Based on Manufacturing Method

the ground is first made level and fine sand is sprinkled over it. Mould is dipped in water and placed over the ground to fill the clay.

Extra clay is removed by wooden or metal strike after the mold is filled forced mold is then lifted up and raw brick is left on the ground.

Mould is then dipped in water every time lower faces of ground molded bricks are rough and it is not possible to place the frog on such bricks.

Ground molded bricks of better quality and with frogs on their surface are made by using a pair of pallet boards and a wooden block.

Molding is done on a table of size lm x 2m with the help of hands, molds and various tools.

The molding of bricks is carried out with the help of a machine. This method results in better shape and a high production rate.

This approach is used when a larger number of bricks are required in a very limited time span.

#7. Classification of Bricks: Based on Weather-Resisting Capability

These bricks do not have any weather resisting capabilities and used on the inside walls.

These types of bricks are used in tropical countries. They can withstand any high temperature.

These types of bricks are used in the countries which are covered in snow most of the time of year. These bricks are resistant to any kind of freeze-thaw actions.

Classification of Bricks As per Based