Foundation engineering is the application of soil mechanics and rock mechanics (Geotechnical engineering) in the design of foundation elements of structures. In the language of Civil Engineers, the term “Foundation” denotes, “Structure at Founding level”. The Foundation or Sub-structure is the lowermost portion of the building or any other structure, which is used to transfer different types of loads acting on it, to the subsoil below, on which it rests.

Among all the other construction elements, the foundation is the most important one, it determines the structural stability of the building, and the number of years the building can serve its purpose effectively

The importance of the Foundation has necessitated a separate branch of Civil Engineering, named “Foundation Engineering”, where the design techniques and detail knowledge of this element are given.

The Design of Foundation is very complex, and it requires intelligent scrutiny from one professional’s experienced engineer in this field.

The value of the nominal dimensions of a Foundation is given below, less than which the foundation is said to be insecure when the loads are being applied to it.

What Is Purpose of Providing Foundation? There are numerous reasons a foundation is provided, some of which are:

The foundation can be broadly divided in two categories, these are: These types of foundation are used in the places where soil hard stratum are found at a shallow depth from the ground surface.

In this type of foundation, the depth of the foundation is less as compared to the breadth, which is why it is also called a spread foundation.

A shallow foundation is suitable when the hard stratum exists at a depth of 2-3 meters.

Shallow foundation can be broadly classified into four categories: 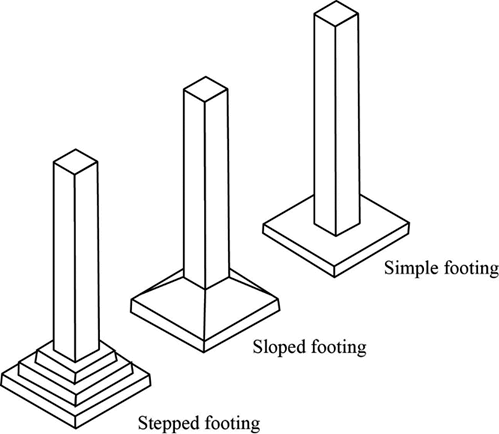 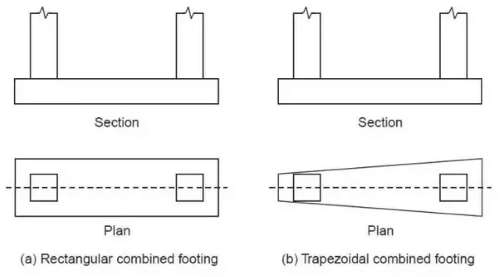 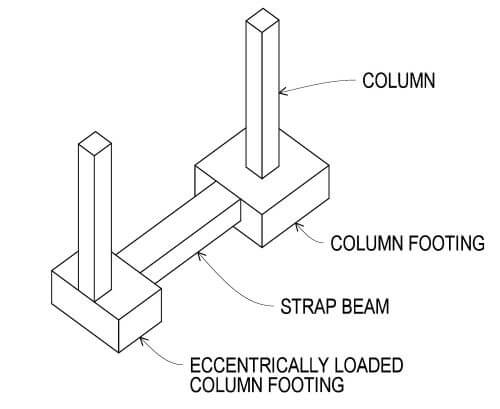 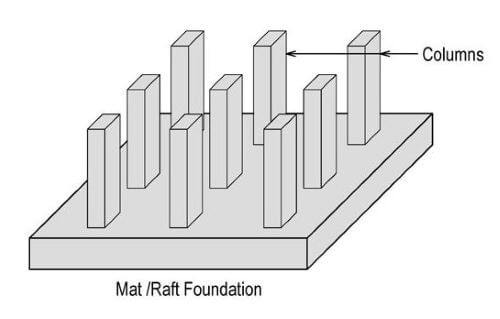 These type of foundation is used where the soil hard stratum exists at a considerable depth and the soil is of inferior quality.

These types of foundation are suitable where the hard stratum does not exist 3 meters from the ground surface. As the name indicates, the height of the deep foundations is much greater than it’s the width.

These type of foundation are used where the safe bearing capacity of a soil is low and the soil can not withstand high loading.

One major drawback of Deep foundation is that the design procedure is complex, thus it needs more time & money to spend in it. 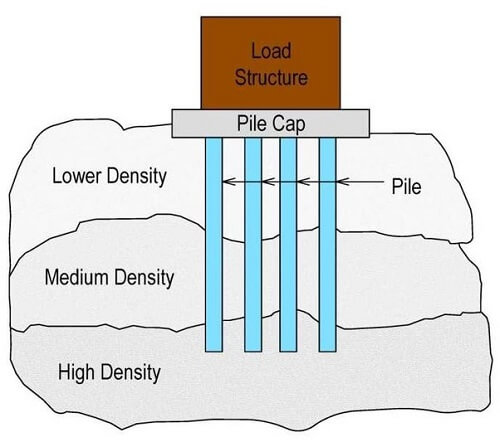 This is the most commonly used deep foundation for building projects. Pile foundation can be again divided into the following types: 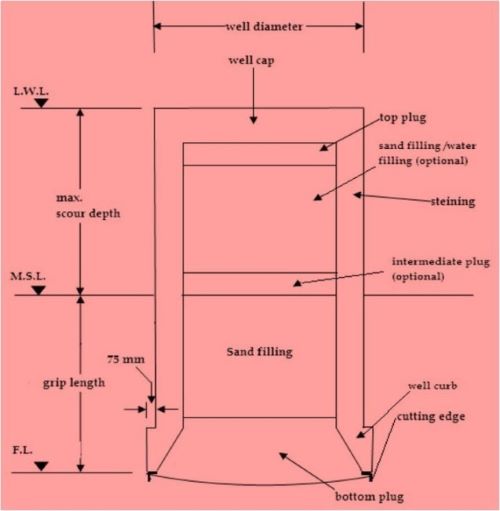 It provides lateral stability to the structure. Thus there is little chances of structural failure of structures, making it more durable in adverse conditions.

Foundation provides safety to the structure from the effects of undermining and scouring due to the animals, flood water etc.

The foundation helps to prevent or to minimize cracks due to moisture movement in case of weak soils or soils with low bearing capacity.

A foundation is the load bearing part of a structure lowest to or below the ground. It is responsible for bearing the dead and live loads above it, for holding the structure together, and for keeping water out of the building’s basement area.

Foundations provide the structure’s stability from the ground: To distribute the weight of the structure over a large area in order to avoid overloading the underlying soil (possibly causing unequal settlement).

Foundation of a Building

Foundation, Part of a structural system that supports and anchors the superstructure of a building and transmits its loads directly to the earth. To prevent damage from repeated freeze-thaw cycles, the bottom of the foundation must be below the frost line.

The foundation of any building serves two main purposes -distribute the weight from load-bearing walls to the soil or bedrock beneath and keep groundwater or soil moisture out.

Purpose of Providing Foundation to the Structure

Foundations are buried in the ground and hold buildings up. The purpose of a foundation is to hold up and hold together the structure above it. A properly-built foundation increases the amount of abuse a house structure can take and remain safe for the people inside it.

Foundation is the lowest part of the building or the civil structure that is in direct contact with the soil which transfers loads from the structure to the soil safely. Generally, the foundation can be classified into two, namely shallow foundation and deep foundation.