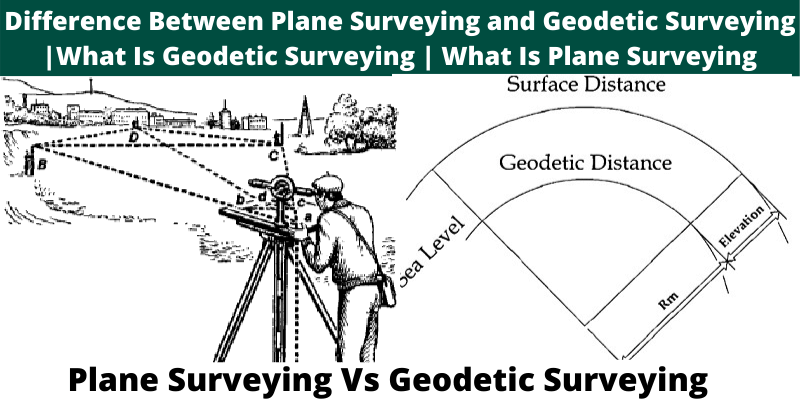 What Is Geodetic Surveying? 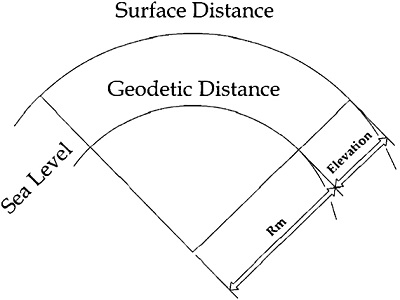 The geodetic surveying is that type of surveying which takes into account the curvature of the earth’s surface for achieving high precision using principles of geodesy. It generally extends over large areas.

What Is Plane Surveying? 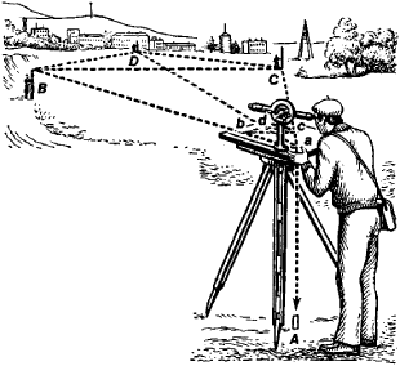 If the area to be surveyed is more than 1000 km2, the angles measured on the surface of the earth cannot be in a plane surface but are on a curved surface, therefore, geodetic surveying must be employed to achieve precision for large areas. 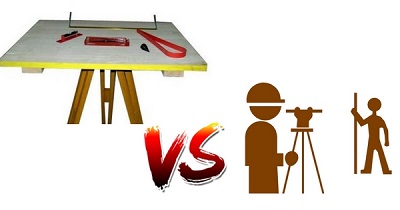 Geodetic and Plane surveying are the two categories of surveying that differ mainly in the assumptions on which the computations are based.

The measurements for geodetic surveys are made to a higher order of accuracy.

In geodetic surveying (or geodesy), the curved shape of the earth is taken into account. It is usually of a rational character and is undertaken by government agencies. e.g., the U.S. National Geodetic Survey.

The aim may be purely scientific, that is, to determine the size and shape of the earth, or it may be the production of accurate maps of large areas.

Refined instruments and methods are used, and the absolute positions of a series of points on the earth’s surface are determined.

These points serve as control points for surveys covering smaller areas. When large areas are involved, the computations must be based on the mean spheroidal shape of the earth.

But the assumption that the earth is a perfect sphere is adequate for areas such as a province or a city, simplifying the analysis significantly.

In any case, a knowledge of spherical trigonometry and calculus is required. However, it is now becoming common to do geodetic computations in a three-dimensional, earth-centered, Cartesian coordinate system.

Plane surveying ignores the curved shape of the earth, which is considered a plane. This is valid for surveys of small extent, where the effect of curvature is negligible.

In-plane surveys, the directions of plumb-lines are considered parallel at different points, and all angles are plane angles.

The sum of the three angles of a spherical triangle is greater than that of the corresponding plane triangle. This is called the spherical excess.

It is only one second of arc for an area of about 200 sq. km on the earth. This indicates that plane surveying procedures are adequate up to about 1000 sq. km, although no definite limit can be assigned.

Most ordinary surveys fall in this category. Such surveys are undertaken for the location and construction of highways, railways, canals, and other civil engineering projects.

They may also be undertaken for scientific, geographical navigational, and military purposes. The operation of leveling to determine elevations is usually considered a division of plane surveying.

However, the datum will have to be a curved surface if the earth’s shape is to be accounted for. The curvature can be ignored in leveling operations that involve very small areas and where rough values are adequate. 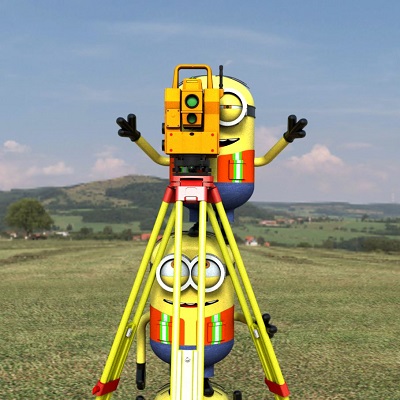