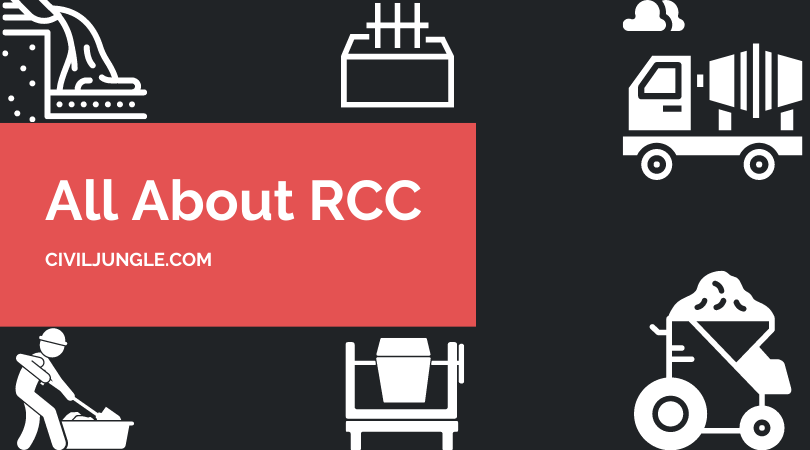 Also, Read: What Are Columns | Different Types of RCC Columns | Round Column Vs Square Column | Pillar Vs Column 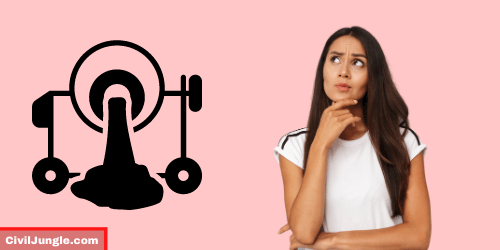 RCC full form is Reinforced cement concrete. It is a composite material which is the combination of ordinary concrete with reinforcement to increase the compressive strength and tensile strength of the concrete.

Concrete is very good in compression but it is weak in tension that’s why the reinforcement is provided in the concrete wherever tensile stress is more.

The Steel should have good tensile strength and a high modulus of elasticity. It should have the same temperature of the coefficient of expansion and contraction so that there should not be thermal stresses should be developed in concrete.

Materials Which Are Used in the RCC (Reinforced Cement Concrete):

Cement is a Binder which is a powder mixture of different compounds that sets and harden and bind other materials with each other.

The Portland cement is one of the most common types of cement which is generally used all over the world for construction.

There are two types of aggregates are used in the reinforced cement concrete. The fine aggregates and coarse aggregate.

The steel is generally provided in the form of round bars with different diameters. The commonly used Steel in the construction is mild steel.

Water is one of the most important elements in the construction and preparation of RCC concrete. The quality of the water which is used in the manufacturing of concrete directly affects its strength and the quality of the work. 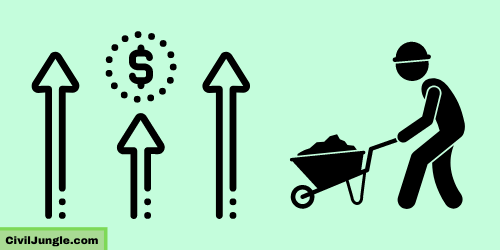 There are various advantages of reinforcement concrete are as follows 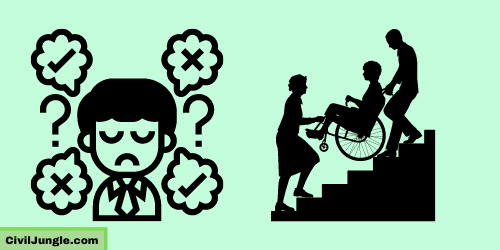 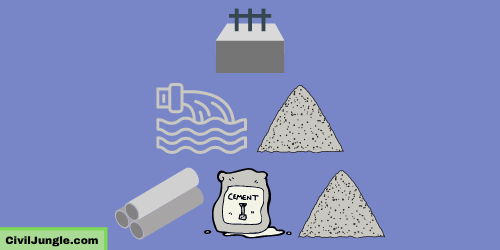 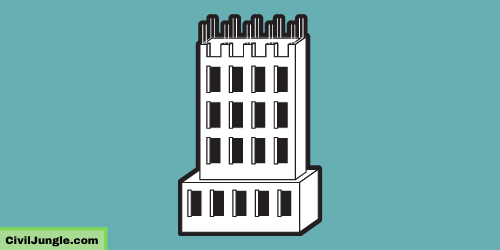 What Does RCC Stands for?

Its full name is reinforced cement concrete, or RCC. RCC is concrete that contains steel bars, called reinforcement bars, or rebars. This combination works very well, as concrete is very strong in compression, easy to produce at site, and inexpensive, and steel is very very strong in tension.