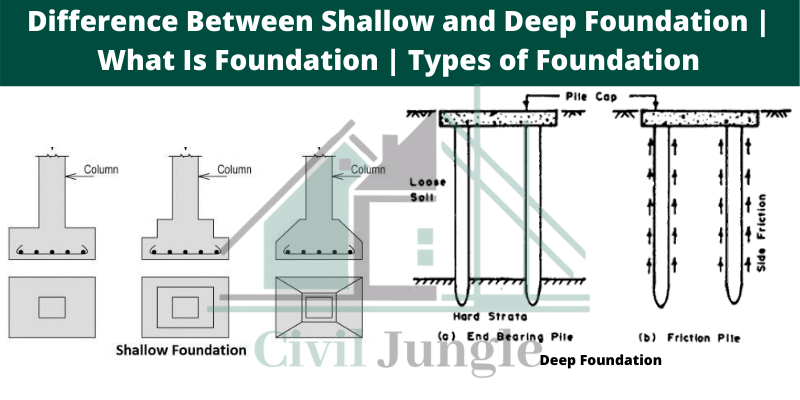 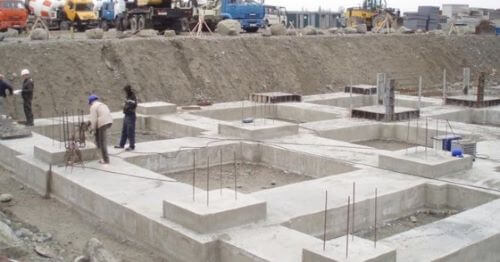 Foundation engineering is the application of soil mechanics and rock mechanics (Geotechnical engineering) in the design of foundation elements of structures.

Following are different types of Foundations used in construction:

Following are different types of Shallow Foundations used in construction:

Following are different types of Deep Foundations used in construction: 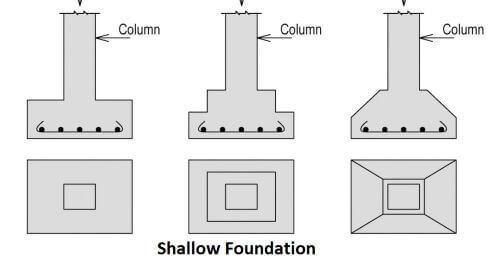 A shallow foundation is a type of building a foundation that transfers building loads to the earth very near to the surface, rather than to a subsurface layer or a range of depths as does a deep foundation.

Shallow foundations are constructed where soil layer at shallow depth is able to support the structural loads. The depth of shallow foundation is generally less than its width.

It can be used where the bearing capacity of soil on which the structure is to be constructed is maximum then Shallow Foundation can be used. Minimum depth of this Foundation is 800mm and maximum depth not to be taken more than 4 meters.

A deep foundation is a type of foundation that transfers building loads to the earth farther down from the surface than a shallow foundation does to a subsurface layer or a range of depths.

Deep foundations are founded too deeply below the finished ground surface for their base bearing capacity to be affected by surface conditions, this is usually at depths >3 m below finished ground level.

How Deep Are Foundations?

Difference Between Shallow and Deep Foundation