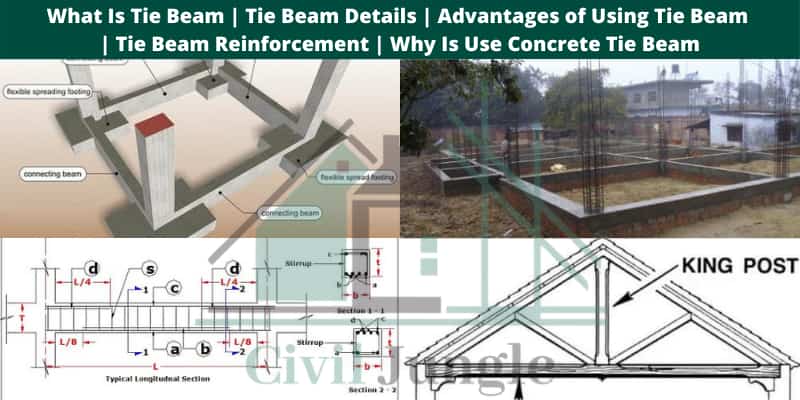 What Is Tie Beam?

The beam which connects two or more columns or rafters in a roof or roof truss or in any height above floor level to make the whole structure more stiff and stable at the foundation level is called tie beam.

Tie beams are mainly provided at roof truss and floor level and a plinth. They cannot carry any vertical load such as walls etc. 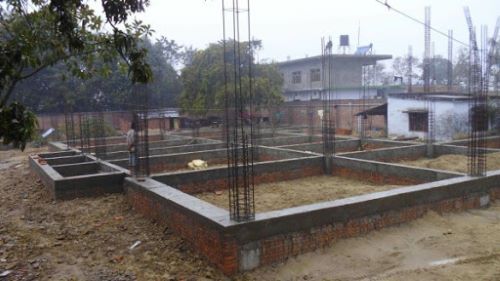 Tie beams sometimes work as the strap beam to take all stresses due to column eccentricity on the footing. Tie beams are worked as fixing members to reduce the unsupported length of the column.

Tie beams can also work to support walls or any other partitions among them. Tie beams are also worked as a tie element to protect the differential settlement between footings according to the strata. 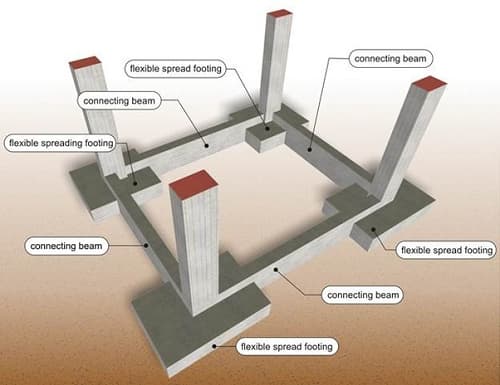 When the roof height is high than the normal height of the structure, then these types of beams are provided.

They act as a length breaker in the columns. Tie Beam joins two or more columns to decrease their effective length and reduce their slenderness ratio. 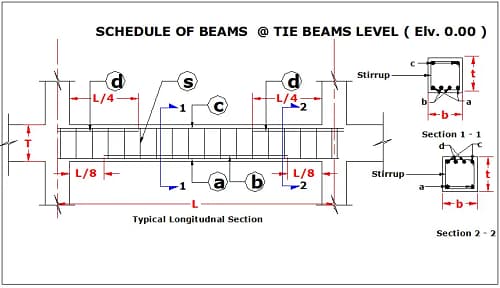 The following points should be remembered to realise the reinforcement in tie beams:- 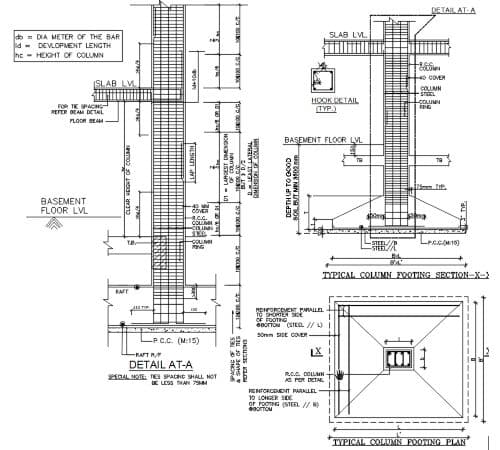 Proper use of column ties for making a perfect structural design

To withstand an earthquake, the following detailing must be maintained for the ties:-

Also, Read: How to Calculate Cutting Length of Stirrups in Beam and Column

That is a way of proportioning the tie beam. Differential settlement consideration for tie-beam is a good design.

Why Are Use Concrete Tie Beam? 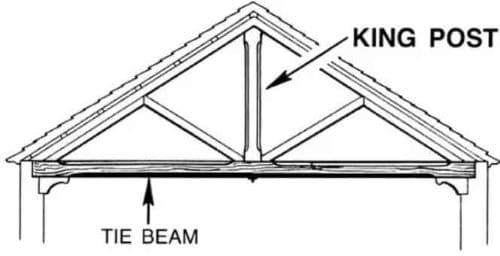 Also, Read: What Is Plumbing Joint | Types of Plumber Joint | Different Types of Pipe Joints and Where Are Use

What Is Tie Beam

The beam which connects two or more columns/rafters in a roof/ roof truss or in any height above floor level is called a tie beam. Tie beams are mainly provided in roof truss and at plinth level.

In reinforced concrete structure ties are used in columns. To hold the longitudinal bars in position in the forms while the concrete is being placed.

Why Are Use Concrete Tie Beam

The tie beams are beams whose function is not to carry the slab load but just to act as a stiffener to the columns and thereby reduce the long column effect.

Sometimes it also acts as a damp proof course at the plinth level and as a separator for ventilators and doors when placed at the lintel level.

Also, Read: How to Calculate Slab Steel Quantity from Drawing | BBS of Slab

Quantity of Reinforcement in Tie Beam