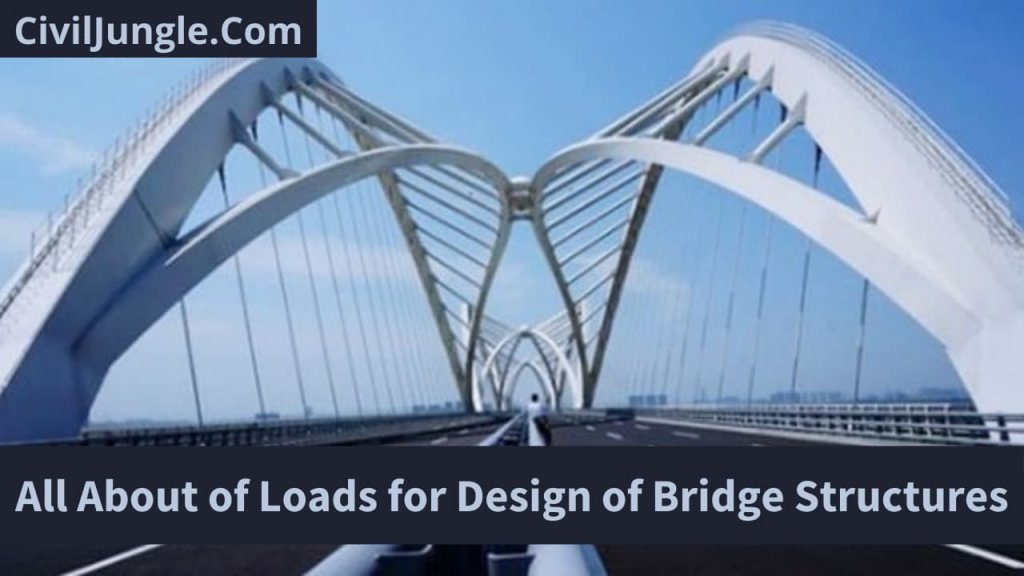 Types of Loads for Design of Bridge Structures

Here, the different types of load impacted in the bridge are as follows. 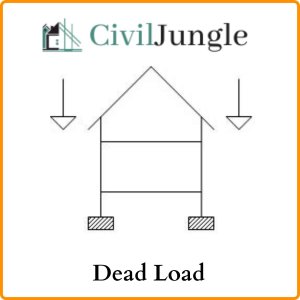 The self-weight of the bridge components is represented by the dead load. The deck slab, wearing coat, railings, parapet, stiffeners, and other utilities are among the bridge’s different components.

It is considered the initial computable design load when constructing a bridge design. 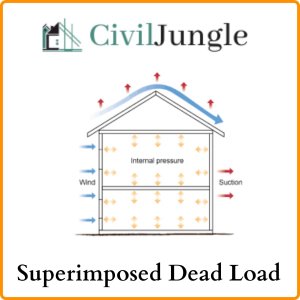 Other permanent objects such as parapets and road pavement, as well as other non-structural and architectural attachments to the bridge, are called superimposed dead loads. These things are long-term, though they may be replaced during the structure’s lifetime.

It is determined as the product of volume and material density, just like self-weight. 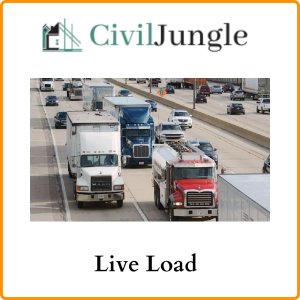 The moving load on the bridge corresponds to the live load the entire length of the bridge. Vehicles, pedestrians, and other moving loads are examples. Selecting one vehicle or a group of vehicles to construct a safe bridge is difficult.

In anticipation of any form of vehicle moving on the bridge, IRC proposed some fictional cars as live loads, which will provide secure outcomes.

The following are the several types of vehicle loadings: 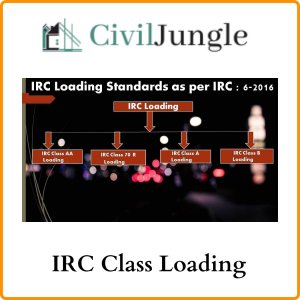 This form of loading can be used to design new bridges, especially those with heavy loads, such as highway bridges, city bridges, and industrial bridges. Normally, the following sorts of vehicles are taken into account when loading a class AA vehicle.

All permanent bridges must be designed with this type of loading in mind. It is handled as a conventional bridge live load. When designing a bridge for class AA loading, it should also be checked for class A loading.

This sort of loading is used to create temporary bridges such as Timber Bridges. It’s considered a light load. 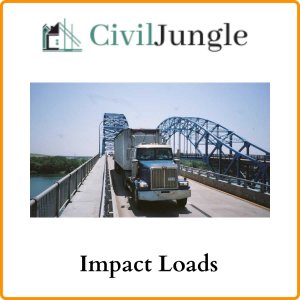 An impact factor is used to calculate the impact loads on bridges. The impact factor is a multiplication factor that’s also depending on numerous elements such as vehicle weight, bridge span, vehicle velocity, and so on. 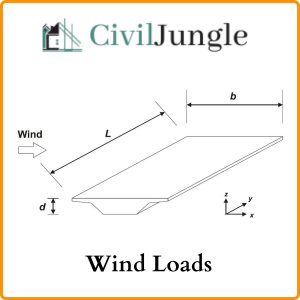 The wind load is also a significant consideration in bridge design. Wind load on short-span bridges can be insignificant. For medium-span bridges, wind loads should be taken into account while designing the substructure.

Wind load is taken into account when designing superstructures for long span bridges. The surface areas of all elements (including superstructure and substructure) as seen in elevation are considered the exposed zone of the bridge (i.e., perpendicular to the longitudinal axis).

AASHTO specifies the loading on a bridge due to wind forces based on a wind velocity of (160 km/h). This translates to an intensity of (2.40 kN/m2 ) for standard girder/beam bridges, with a minimum total force of (4.38 KN/m). 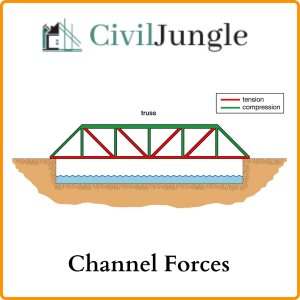 The loads exerted on a structure by water course-related features are known as channel forces. Stream movement, floating ice, and buoyancy are only a few examples of these forces. Substructure elements are predominantly affected by channel forces, which are equivalent to seismic forces. 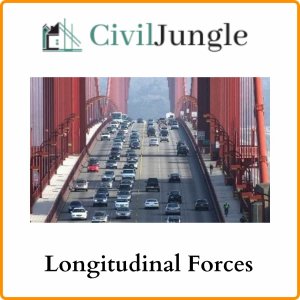 The longitudinal force is exerted above the deck surface (1.8 m). The assumption is that all travel lanes are travelling in the same direction. The influence of longitudinal forces (breaking force) on the superstructure is minor.

Substructure elements, on the other hand, are more severely damaged. The breaking force, like longitudinal earthquake forces, is resisted by the piers and/or abutments that support fixed bearings. 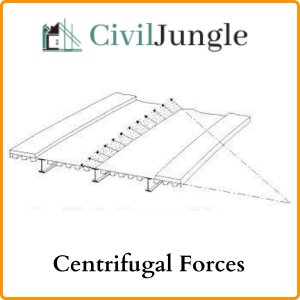 In each design traffic lane, one standard design truck is put to generate maximum forces in the bridge.

Decks attached to the primary members of the superstructure (for example, a composite concrete deck integrated with steel girders using shear connectors) transmit centrifugal forces to substructure elements via secondary components and bearings at piers and abutments. 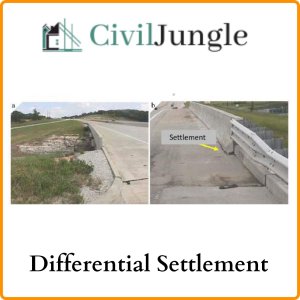 In the case of continuous and simply supported bridges, support settlement causes additional design moments in the superstructure. The quantity of settlement determines the force intensity. 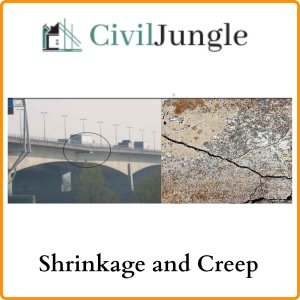 Concrete beams that were pre-stressed showed signs of shrinkage and creep. This distortion may have an impact on bridge design. Furthermore, when considering the composite action of bridges, cast in-situ concrete set on a specific beam subjected to shrinkage comes into play.

It adds to the stress level. It will be necessary to detail reinforcements in order to avoid this consequence. 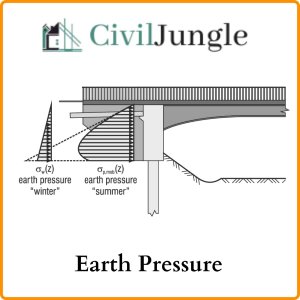 The typical method of applying earth pressure to the bridge can be used. Surcharged loads must be considered for the design based on the location. Coulomb’s method or any other applicable approach could be used to compute active, at rest, and passive pressure coefficients. 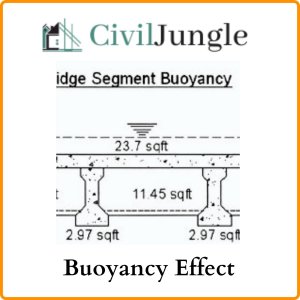 The buoyancy impact is taken into account for huge bridge substructures submerged in deep water. If the depth of submersion is low, the effect may be insignificant. Bridges with submerged underwater components (e.g., piers) are susceptible to the effects of buoyancy. This is usually just an issue with very big hollow constructions.

On pier footings and piles, buoyancy may provide an uplifting force. 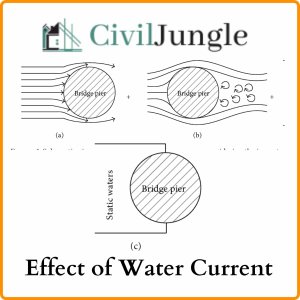 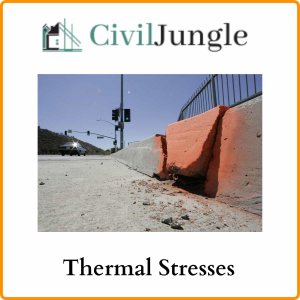 The temperature causes thermal stresses. Extremely high or low temperatures cause stresses in bridge elements, particularly around bearings and deck joints. Because these strains are tensile in nature, concrete is unable to withstand them and cracks emerge.

Additional steel reinforcement perpendicular to the primary reinforcement should be installed to resist this. There are also expansion joints available. 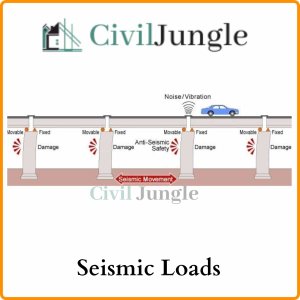 When constructing a bridge in a seismic zone or earthquake zone, earthquake loads must be taken into account. During an earthquake, they produce both vertical and horizontal stresses. The amount of force applied is mostly determined by the structure’s self-weight.

Larger forces will be exerted if the structure’s weight is greater. Seismic forces are a significant loading factor that frequently influences bridge design in seismically active areas. The acceleration coefficient at the bridge site is used to determine the degree of seismic activity.

Structures with only an acceleration coefficient higher than 0.19 are thought to be in a seismically active location. These coefficient, as well as whether or not its bridge is categorised as essential, are being used to provide a seismic performance category to the bridge (SPC). 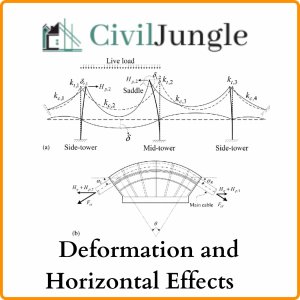 Changes in material characteristics, either internally or externally, cause deformation stresses. Creep, concrete shrinkage, and other factors could cause the change.

Temperature fluctuations, vehicle brakes, earthquakes, and other factors will all produce horizontal forces. As a result, in bridge design, these are also considered design loads.

Also, read: What Is FSI | What Is FAR | What Is Premium FSI | FSI Full Form | FAR Full Form 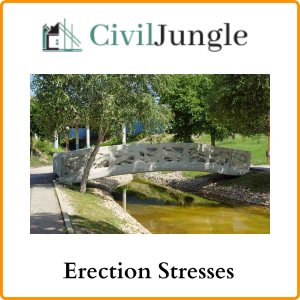 During the construction of a bridge, construction machinery causes erection tension. These can be thwarted by offering appropriate support to the members. 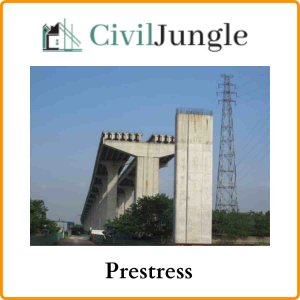 While prestress is more of a means of resisting load than a loading, it is often more convenient to treat it as such for analytic purposes. The approach of equivalent loads can be used to deal with prestress, just as it can with temperature.

There Are Six Basic Bridge Forms: the Beam, the Truss, the Arch, the Suspension, the Cantilever, and the Cable-Stay.

Sit stable. And line them up this way for the birth. Okay that’s the hud spike down okay so now that i have these holes in the next part is to get the baseboards in on either side here.

Steel truss bridge. A steel truss bridge is a bridge composed of only trusses. If the span of the bridge is too large, there is a disadvantage that it takes a lot of time to manufacture the members, but it is a representative railroad bridge that has the advantage of having light members and it is easy to construct.

The federal highway administration estimates that pedestrian bridges range from $150 to $250 per square foot, totaling a cost of approximately $1 million to $5 million per complete installation.

Steel truss bridge. A steel truss bridge is a bridge composed of only trusses. If the span of the bridge is too large, there is a disadvantage that it takes a lot of time to manufacture the members, but it is a representative railroad bridge that has the advantage of having light members and it is easy to construct.

The term ‘bridging’ refers to a brace, or an arrangement of braces, that is fixed between floor or roof joists to keep them in place, prevent joist rotation, and distributing loads over more than one joist.
Bridging can help strengthen a floor and stop it from bouncing when occupants walk across it.

A beam or “girder” bridge is the simplest and most inexpensive kind of bridge. In its most basic form, a beam bridge consists of a horizontal beam that is supported at each end by piers. The weight of the beam pushes straight down on the piers.

In this experiment we have tested which type of truss bridge is the strongest, yet uses the least amount of material. Two of the most used truss bridges are of the pratt and howe design. Through our experiment it was found that the bridge design that minimized the maximum compression force was the howe bridge.