The whole structure of a building is comprised of different types of components. The column is one of the most important parts of the Framed Structure. Columns are designed to carry the axial loads in compression.

The Columns are used all over the world for the decorative as well as structural purpose. The main function of the columns is to transmit the load of the superstructure to the underground strata.

In this article, you will get to know what are columns, different shapes of columns, types of RCC columns and difference between column and pillar.

The effective depth of the column exceeds 3 times the lateral dimension. Generally, column carries the axial loads in the compression.

Factors on which strength of the column depends

17 different types of columns are as follows.

Types of Columns in Architecture The brief description of the classification of columns given as follows

1. Classification of the Column Based on Its Cross Section.

There are different types of shapes of columns which are used in the construction as per the requirement or design. There are different types of loading of columns which are used in the construction as per the requirement or design.

#3. Classification of the Column based on its Length and Behaviour.

There are different types of length and behaviour of columns which are used in the construction as per the requirement or design. 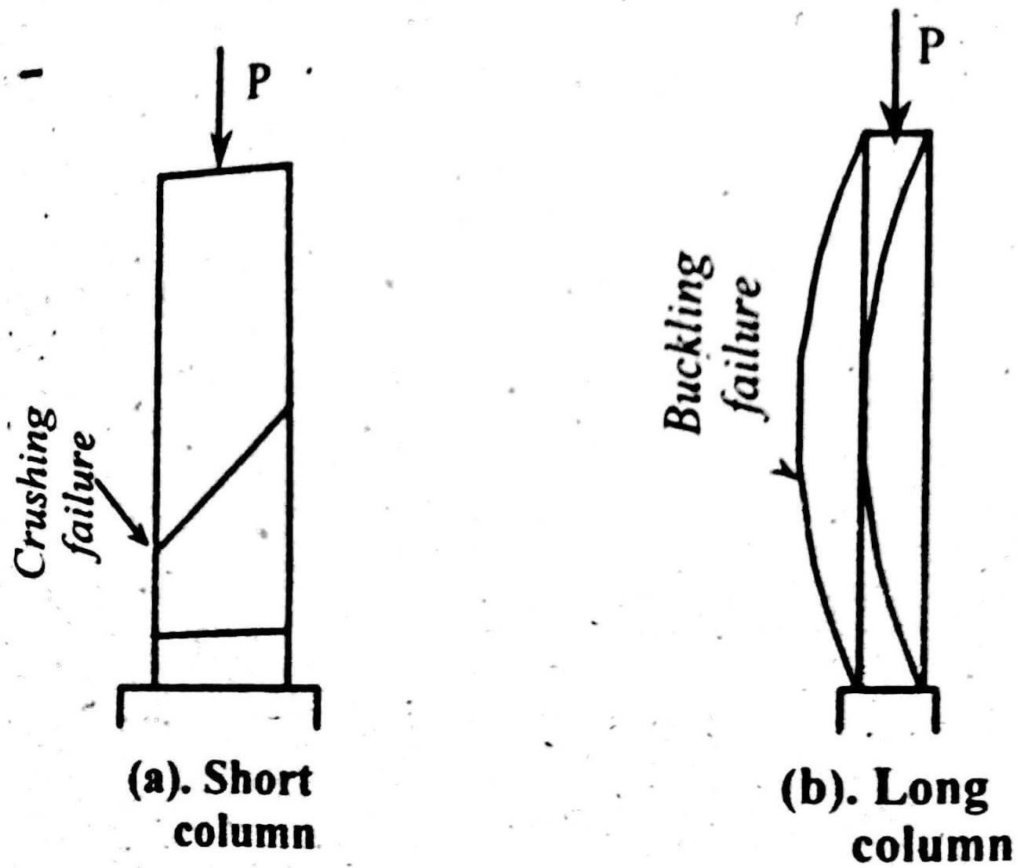 Also, Read: Difference Between Short Column and Long Column | What Is Column | Types of Column

#4. Classification of the Column based on its Longitudinal Reinforcement. A tied column is a column in which the longitudinal reinforcement bars are tied together with the separate small diameter transverse ties which are spaced at some interval along with the column height.

A tied column, shown in the above figure, is a column in which the longitudinal reinforcement bars are tied together with separate smaller diameter transverse bars (ties) spaced at some interval along with the column height.

The cross-sections of such columns are usually square, rectangular, or circular in shape. In a spiral column, the lateral expansion of the concrete inside the spiral (referred to as the core) is restrained by the spiral. Also, Read: Difference Between Whole Circle Bearing and Quadrantal Bearing | What Is WCB | What Is QB

Round Column Vs Square Column

Pillar is a vertical structure which is designed to bear the weight of the building’s roof. Pillar is also widely used as a decorative element in Buildings.

The column is a structural element which transmits the total load of the structure to the footing and the soil.

Difference Between Pillars and Columns

Round Column Vs Square Column

A pillar is a vertical support member and may be constructed as a single piece of timber, concrete or steel, or built up out of bricks, blocks and so on. However, whereas a pillar does not necessarily have a load-bearing function, a column is a vertical structural member that is intended to transfer a compressive load.

Types of Column in Construction