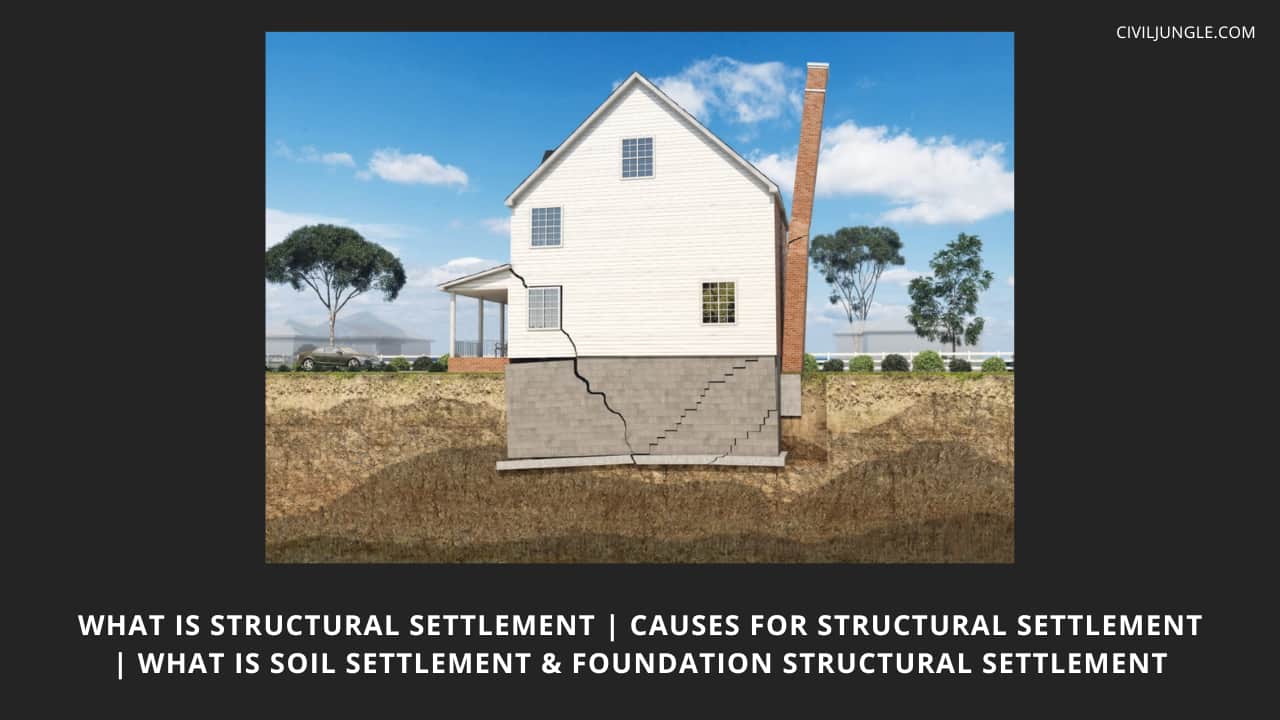 What Is Structural Settlement?

The term Structural Settlement is defined as the vertical displacement of the base of a structure, or of the surface of a road or embankment due to the compression and deformation of the underlying soil.

When the weight of every structure compresses and deforms the underlying soil, the Structural Settlement is irrelevant because the stresses in the framework of a structure are not altered.

On the other hand, if the weight of structure causes differential Structural Settlement, the entire structural framework is subjected to an unacceptable increase in stresses distorting the framing system, eventually resulting in the collapse of the structure.

Because of the complexity of the geotechnical properties of soil and the disturbing influence of stratification, the Structural Settlement of buildings can be accurately predicted only under exceptional conditions.

Knowledge of these factors constitutes the prerequisite for converting construction experience into semi-empirical rules for the design of foundations.

The Structural Settlement may be caused due to the following facts:

What Is Soil Settlement?

Define Settlement: The settlement of soils in response to loading may be broadly divided into two types: elastic settlement and time-dependent settlement.

Elastic settlements are a simplest to deal with; they are recoverable, instantaneous, and may be calculated from linear elastic theory.

Time-dependent settlements occur in both cohesive and granular soils, although the response time for granular soils is usually short.

In addition to being time-dependent, their response to loading is nonlinear, and deformations are only partially recoverable. In clays, two types of time-dependent settlements are recognized.

Primary consolidation results from the squeezing out of the water from the soil voids under the influence of excess pore-water pressures generated by the applied loading.

This can take place over many months or years in clays but is usually quick in sands and gravels due to their greater permeability.

Secondary compression in clays and creep in sands occur essentially after all the excess pore pressures have been dissipated, that is after primary consolidation is substantially complete, but the mechanisms involved are not fully understood.

Settlements of granular soils, both elastic and creep movements, are more difficult to predict with any accuracy, largely because of the difficulty of obtaining and testing undisturbed soil samples, and settlements are usually estimated by indirect methods. Alternatively, plate bearing tests may be used, but their results are difficult to interpret.

What Is Foundation Structural Settlement? 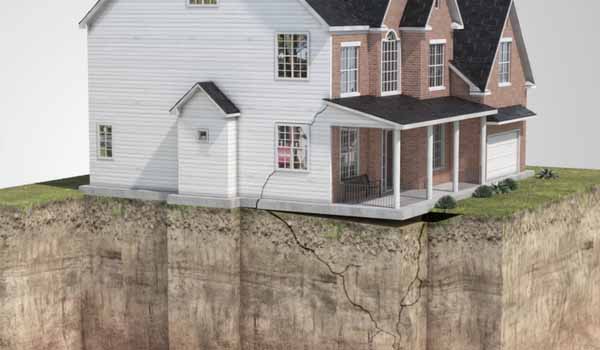 It is usually caused by direct application of structural loads on the foundation, which in turn causes compression of the supporting material (soil or rock).

However, in addition to the Structural Settlement under loads, foundation settlement may also occur due to some or a combination of other causes, as follows:

2. Groundwater lowering or a falling groundwater table. Prolonged lowering of water level in fine-grained soils may introduce Structural Settlement due to consolidation.

Repeated lowering also rising of water level in loose granular soils tend to compact the soil and cause Structural Settlement.

Pumping water or draining water by pipes or tiles from granular soils without adequate filter material as protection can in a period of time wash and carry a sufficient amount of fine particles away from the soil and cause Structural Settlement.

3. Underground erosion. It may cause the formation of cavities in the subsoil, which when collapse Structural Settlement occurs.

4. Changes in the vicinity. If there are changes adjacent to the property such as recently placed fill, excavation, construction of a new structure, underground tunneling or mining, and so on, settlement may occur due to an increase in the stresses.

5. Vibrations and shocks. Vibrations due to pile driving or oscillating machinery, as well as shocks due to blasting or earthquake cause settlements, especially in granular soils.

6. Ground movement on earth slopes. If surface erosion, slow creep, or landslides occur, there may be settlement problems.

Theoretically, no damage is done to a superstructure if the foundations settle uniformly. However, Structural Settlement exceeding a certain limit may cause trouble in utilities such as water pipelines, sewers, telephone lines, also trouble in the surface drainage configuration and in access from streets.

Sometimes buildings must join existing structures, and it is required that floors of the two buildings be at the same level.

If the new building settles excessively, the floors will no longer remain at the same level, causing serious serviceability problems in addition to all these.

The Structural Settlement caused by the compressive loading of foundation base on the supporting soil may be divided into two kinds described as follows:

The immediate Structural Settlement is a combination of elastic compression and plastic deformation, without a change in volume or water content, as shown in as below fig.

This type of Structural Settlement develops as the construction proceeds. 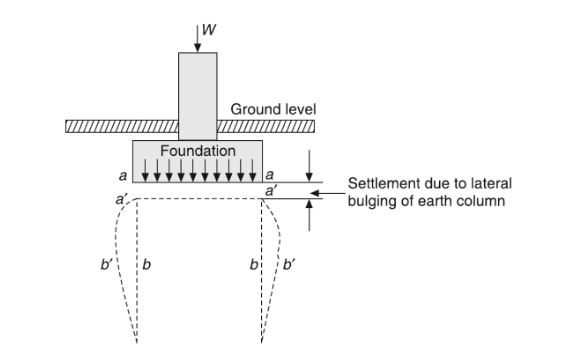 2. Structural Settlement due to consolidation:

This is the result of the decrease in the volume of loaded soil caused by the gradual expulsion of water from the voids. In clay soils, such Structural Settlement develops very slowly but may attain considerable magnitude in the course of the settlement.

Consolidation sometimes takes place in a compressible stratum situated at a considerable depth, although the soil immediately below the foundation is relatively firm and may result in Structural Settlement of the foundation.

In cohesionless soil consolidation or compaction takes place relatively quickly, and cannot be easily separated from the ‘immediate’ Structural Settlement as defined before.

1. For the immediate Structural Settlement of structures:

The elastic theory may be used. Loading tests to provide useful information regarding an immediate Structural Settlement.

On clay soils, the most reliable method is that based on compressive tests on undisturbed samples and application of the theory of consolidation.

A structured settlement is a negotiated financial or insurance arrangement through which a claimant agrees to resolve a personal injury tort claim by receiving part or all of a settlement in the form of periodic payments on an agreed schedule, rather than as a lump sum.

Foundation settlement happens when soil moves beneath the home. As the soil moves, air pockets, or voids, form. Those voids cannot support the heavy weight of your foundation walls, and thus the walls themselves will start to crack and shift downward—or settle—into those void.

A structural foundation is the part of a building that fixes it into the soil. These structures provide support for the main structures that appear above the soil level, much like the roots of a tree support the stem. One of its functions is to transfer loads from the structure to the ground.