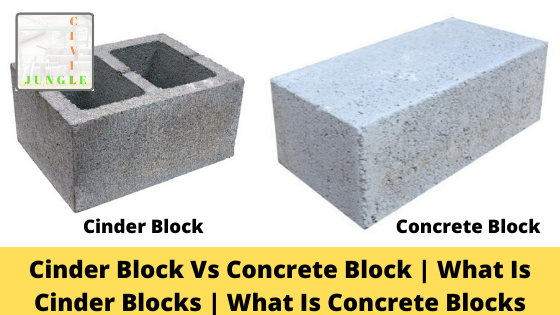 What Is Cinder Blocks?

Cinder blocks are hollow rectangle-shaped structures usually made of concrete and coal cinders which find use in construction sites.

Cinder blocks are similar in shape and construction to concrete blocks, except that, instead of sand or gravel, much of the aggregate filling material is ash – specifically coal cinder.

The ash component makes cinder blocks much lighter than traditional ones, but they don’t have nearly the same tensile strength or pressure-bearing ability.

Therefore, cinder blocks are ideal for projects such as a garden wall or retaining wall, but are not suitable for use in more substantial construction projects.

Now, about the so-called “cinder blocks“. Cinder block is somewhat old-fashioned and the generic term for a type of structural block that can be easily manufactured from many different things.

At that time, when people burned coal to heat their homes, places like Bethlehem Steel had large coke ovens running 24/7, a lot of “cinder” was produced – a generic term for ash — left behind when coal or similar fuels are burned.

As in the ashes of today’s wood stoves, a typical winter would leave an owner with countless trash cans worth ashes; coal and steel mills would create tons of this waste every day. 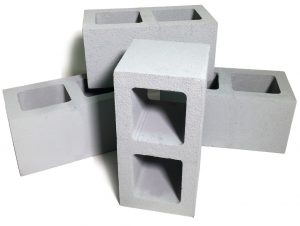 So it was used to make ‘cinder blocks.’ These were – and in some cases still have – the same shape and size as concrete blocks, but with industrialized waste such as ‘aggregate‘ instead of the sand or gravel used to make concrete a reality concrete.

As I indicated earlier, the difference between concrete versus cement is that “concrete” is the term for the final product created when the filling component is kept together with the cement.

Therefore, those large trucks with cylinders in constant rotation are essentially concrete trucks and are not actually ‘cement trucks‘.

Cinder blocks are hollow rectangular structures, usually made of concrete and coal cinder, that are used in construction sites. On the other hand, concrete blocks are flattened constructions of steel, wood, or cement.

Concrete and cinder blocks are produced with open cells that can accept metallic reinforcement or additional concrete for greater strength.

Concrete blocks are much stronger than cinder blocks. Several building codes explicitly prohibit the use of cinder blocks in civil construction projects.

What Is Concrete Blocks?

Concrete blocks are comprised of water, cement, and aggregate loads, such as sand, gravel, or crushed stone.

When mixed and allowed to cure, these ingredients come together in a hard, strong, and durable substance, ideal for use in construction. Concrete blocks have various shapes and can be solid or hollow. 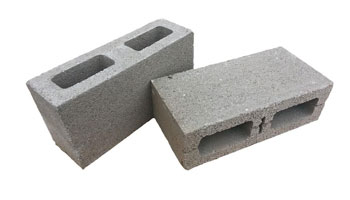 Commonly used in the construction industry, hollow concrete blocks are generally manufactured with light aggregates with a certain design load, depending on the nature of the element in which it will be used.

Typically, hollow concrete blocks have gross voids in their gross area, and the solid area should not be less than half of its area to reach its maximum permissible load capacity, a study suggests.

The voids are usually filled with light aggregate mortar as well. 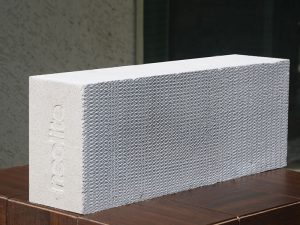 Ingredients as bricks, but with a different composition that made the material a container to reduce costs.

Studies show that the use of an autoclaved aerated block has diligently reduced the overall consumption of steel and concrete by 15% and 10%.

Apparently, in terms of the cost-benefit factor, the autoclaved aerated block passes through bricks in several areas, such as construction time, adaptation to various surfaces, fire resistance, and cost.

For the installation of the AAC block, a method declaration must be sent for approval before work begins. 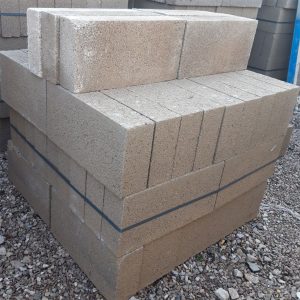 These bricks are usually made of baked clay or concrete. Some manufacturers use solid concrete, while others play with their proportion of cement and aggregates for economic purposes.

Other manufacturers have also created bricks with different colors, as requested by some customers. Concrete bricks are generally used in fences, facades, as they provide a good aesthetic and smooth appearance. 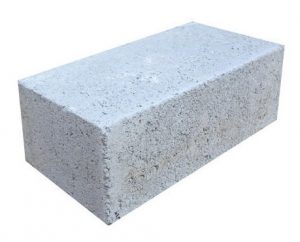 The path is denser and larger than concrete bricks, solid concrete blocks are made to be strong, heavy, and created from naturally dense aggregates.

These solid concrete blocks are strong enough to be used in large masonry units that support load by nature.

Solid concrete blocks are similar to concrete bricks, but they are much more expensive and heavy and can withstand more forces compared to bricks. 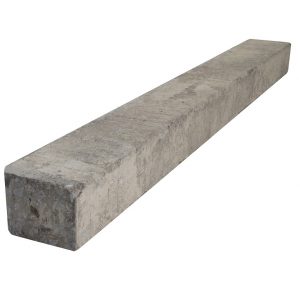 These concrete blocks are used in the preparation of lintel beams. These lintel blocks are manufactured in such a way that they serve as a masonry unit and a formwork.

Aesthetically, the lintel blocks have a deep groove, where reinforcement bars are placed together with the concrete.

That is, they serve as permanent formwork systems for the lintel beam member. This is considered efficient and useful by most builders, as they serve two different purposes. A two in one product is. 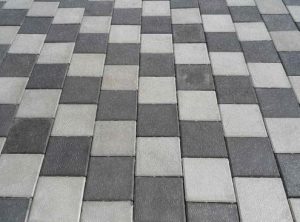 Paving blocks are usually just a rectangular or square box made up of reinforced concrete.

As these blocks are used in paving and on the side of the road, they must be painted with high-visibility concrete paints so that drivers and drivers can see it immediately.

In addition, these blocks must be rigid and firm enough to receive car collisions.

Paving blocks are also used in parks, walkways, and, sometimes, in parking areas. The common size of a paving block is 60 mm.

With regard to appearance, the concrete stretcher block is relatively the same as a regular hollow block, but its faces are placed parallel to the face of the wall.

The differences between cinder block and concrete block are as follows:

Cinder Block: Ash is used as aggregate in the cinder block.

Concrete Block: In concrete blocks, ash is used in the construction of wall units.

2. Cinder Block Vs Concrete Block: Made

Cinder Block: Cinder block is made of concrete and cinder.

Concrete Block: Concrete block is heavier because it contains stone and sand.

Cinder Block: Cinder block does not have the strength to withstand high pressure.

Cinder Block: Since Cinder block is not very flexible, its use is generally prohibited.

Concrete Block: Concrete block can be used in almost any structure as it is much stronger.

6. Cinder Block Vs Concrete Block: Use

Cinder Block: Cinder block is an old-fashioned building element. Mass production has not been made for nearly 50 years.

Concrete Block: Concrete block is used more due to its harder structure and other advantages.

Cinder Block: Cinder block requires a lot of repairs, so its overall cost is higher.

Concrete Block: Concrete block is less costly since it does not require repair.

What Are Cinder Blocks Made Out Of?

How Much Does a Cinder Block Weigh?

Cinder block is an archaic name for what is technically called CMU – concrete masonry unit. CMU comes in a variety of sizes and configurations and densities. In the US a two cell 8″ x 8″ x 16″ block should weigh about 30-35 lbs. There are light weight blocks which weigh approximately maybe 28 lbs.

How Cinder Blocks Are Made?

A typical cinder block weighs 26-33 lb (11.8-15.0 kg). Lightweight concrete blocks are made by replacing the sand and gravel with expanded clay, shale, or slate. Expanded clay, shale, and slate are produced by crushing the raw materials and heating them to about 2000°F (1093°C).

How Much Does a Cinder Block Weight?

A typical 8″ by 8″ by 16″ cinder block has an average weight of about 38 pounds (17 kilograms) depending on the application it is being utilized for. This weight may vary based on the weight capacity, size, and overall project you are undertaking.

What Does a Cinder Block Weigh?

Cinder block is an archaic name for what is technically called CMU – concrete masonry unit. CMU comes in a variety of sizes and configurations and densities. In the US a two cell 8″ x 8″ x 16″ block should weigh about 30-35 lbs. There are light weight blocks which weigh approximately maybe 28 lbs.

How Heavy Is a Cinder Block?

You can expect an average cinder block weight to be about 35 pounds (16 kg) for a standard cinder or concrete block. The standard size in the U.S. measures to be 8-inch by 8-inch by 16-inch.

How Much Is a Cinder Block?

Cinder blocks don’t vary much in cost regardless of the type. While some capstones can cost as little as 95 cents apiece, the average cost of a cinder block is $1 to $3 each.

How to Paint Cinder Block Wall to Look Like Stone?

The trick to getting your cinder block to look like stone is to choose multiple paint swatches, and then loosely mix them together to give them the natural swirl you’d see in stone. Then, just stick to “painting inside” each cinder block. This gives you a stone brick wall look, without the actual bricks.