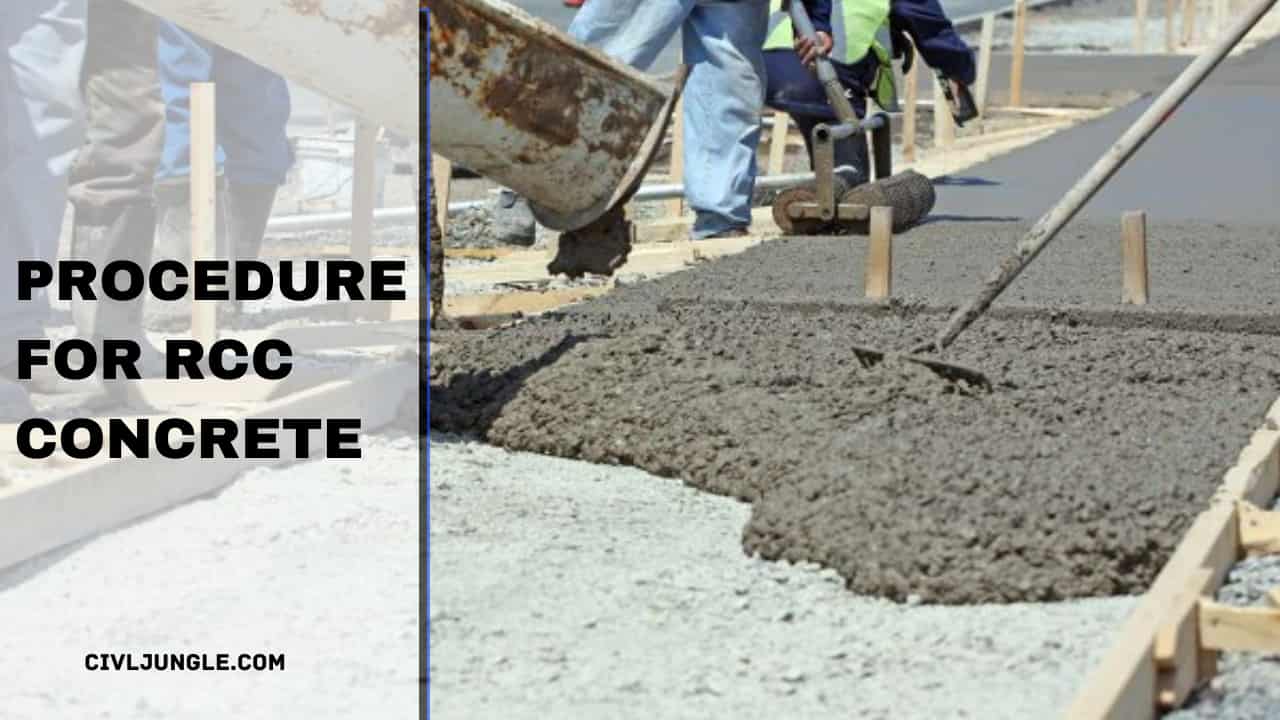 Purpose of Procedure for Rcc Concrete

The purpose of this procedure is to provide a methodology for active surveillance of various activities involved in the supervision of R.C.C.work at the site and to ensure that (RCC CONCRETE )

Why Required of RCC Concrete?

This procedure covers supervision and record-keeping methods for RCC, which include.

Here, the plan of RCC concrete are as follows.

A. Procedure for RCC Concrete: Materials

I. Procedure for RCC Concrete: Formwork

Here, list of preparation of RCC are as follows.

RCC Column transfers the load of the structure of slab beams on top to below, and at last, the load is transferred to the soil.

Once the steel is in place, one can start to prepare the concrete, by mixing cement, sand, stone chips in a range of sizes, and water in a cement mixer, and pouring in the liquid concrete into the formwork tilll exactly the right level is reached.

For RCC Work the Cement Should Be as Per

There are 3 methods of design an RCC structure: