A crane is a significant type of construction machine that’s utilized to move the loads horizontally. Equipped with a hoist rope, cable ropes and sheaves, it may be used to lift heavy loads or transport them to other places.

The mechanical benefits created by several elements on the crane may produce powerful strength.

How does a crane work?

Cranes are part of the construction process since its invention in Greece. The cranes are basically for heavy construction work and for all types of lifting tasks.

Equipped with pulleys and cables and based on the use of fundamental mechanical principles, a crane could lift and lower loads that no human working capacity could.

Crane design has evolved to meet the requirements of a wide variety of industrial needs, and modern cranes often coordinate simple systems to do complex lifting jobs – sometimes in environments that could be dangerous for human workers.

Also, read: Different Types of Plumbing Pipes for Different Use

The telescopic crane consists of a large boom where some numbers of tubes have been fitted inside with each other.

It increases their height with the help of tubes throughout the hydraulic system. They are specially used to transport goods from one place to another.

When it comes to transferring the object into a high place, Telescopic cranes would be the best. Since they could adjust their heights in line with the place. They may also be used in rescue operations.

The lifting arm is usually articulated to allow lifting and reduction as required. generally, this is achieved through a system of cables or hydraulic mechanisms, and the whole mobile structure may be coupled to a support to provide more stability during its operation.

Truck-mounted cranes are made up of both parts of the carrier, along with the boom (arm). Due to their unique build, they are ready to travel easily on the road without a unique setup or transportation equipment.

Truck-mounted cranes are outfitted with counterweights and outriggers for insertion, allowing them to move slowly while carrying a large load.

Commonly utilized in the construction of tall buildings, tower cranes offer you amazing lifting capabilities. |Because of their size, tower cranes are equipped with an operating cab that controls the whole crane.

Tower cranes have their jib extending horizontally from the mast (tower part), which itself rests on a concrete base. A luffing jib can move up and down, while the fixed jib has an operating dolly that moves materials horizontally.

The engine (known as a slewing unit) that controls the rotation of the crane sits on the top of the mast. As a result of their size, tower cranes are built together with the building, growing alongside it; once the building is done, the process is reversed.

Using its height, ability to lift heavy materials, and various features, tower cranes are an essential tool when constructing a tall building.

A rough terrain crane is a crane that’s mounted in an undercarriage with four rubber wheels, designed for operations off-road.

The outriggers extend vertically and horizontally to level and stabilize the crane when hoisting. These types of cranes are single-engine machines in which the same engine can be used for powering the undercarriage as it is for powering the crane.

These cranes are ideal for construction sites that have uneven, dirt, and rocky terrain. The mobility and ability of this crane to travel around the site make it an effect support crane for lighter hoists on the highway, infrastructure, and construction projects.

These types of cranes can also be known as suspended cranes. They are usually used at a factory, and some are able to lift very heavy loads.

The hoist of the crane is set onto a trolley that can move in one direction along a beam, sometimes both beams.

They move at angles to the direction across the ground or elevated level tracks. The tracks are usually mounted across the side of an assembly area.

The bridge crane, also called an overhead crane, is generally found in industrial environments. Its name comes from the fact that it resembles a bridge supported by both steel beams, which straddle the workload, together with the hoist traveling along the bridge part of the crane. There are both subtypes of overhead cranes: gantry and jib cranes.

A variant of this overhead crane is the gantry crane, although sometimes both terms are used interchangeably.

Jib cranes are just another version of the bridge crane. These kinds of cranes are permanently installed within a workstation and usually utilized for repetitive tasks.

The jib, or arm, is usually mounted on either a wall or floor-mounted pillar using a moveable hoist and might have some additional movement.

Crawler crane moves it self with the help of tracks that are also known as crawlers. It has many disadvantages and advantages depending on its use.

Their main advantage is that it may move mostly on any surface of the earth; it may even move on soft soils because of its crawlers.

Because it transfers its load to a great area. That is why it may be used at unprepared sites without worrying about anything.

And their main disadvantage is that it is very heavy and move on tracks. That is why it can’t be moved easily from one site to another and will cost more money.

However, it can be moved by trucks easily and without costing much money.

These types of cranes can also be known as Sky Cranes. They looked like helicopters and used to carry large loads.

They’re used mostly because places where reaching by land is difficult. And as all of you know that Helicopters fly, that means they’re capable of reaching any place.

They generally lift loads to high rise buildings. They could lift anything in their capacity from boats, cars to pre-made swimming pools. They may also be used for rescue purposes in disaster.

Hydraulic cranes could be simple in design but can perform difficult tasks that would otherwise seem impossible.

In a matter of minutes, these machines are capable of assembling beams on the roads, lifting heavy equipment in factories, as well as building houses.

Carry deck cranes are a relatively new type of crane which evolved from the older pick and carry model, which was first introduced in the 1980s.

They are small, four-wheeled, can rotate a full 360 degrees, and are more portable than other types of cranes.

Carry deck cranes are easy to set up, and their small size easily allows them to navigate around open and restricted spaces, making them a staple on many job sites.

Also called a crane vessel or crane boat, these floating cranes are used for projects in the sea, like ports or oil rigs.

These cranes have a rich history they’ve been used since the Middle Ages as well as with the help of continuous technological advancements, have helped many generations of people.

As of today, there are several types of floating cranes as well, like the sheerleg and semi-submersible. Nevertheless, the only difference floating cranes have from another common type is that they’re used in the sea.

Bulk-handling cranes are utilized to carry large volumes of heavy materials, such as coal or minerals.

Instead of a hook at the end, bulk-handling cranes have a specialized hook that uses a grabbing mechanism along with a bucket to grab, hold, and lift materials.

Hammerhead cranes are a few of the most commonly utilized in construction projects. This crane has a horizontal, swiveling lever resting on a fixed tower.

Hammerhead cranes also offer a feature called racking, which allows the trolley to move forward and back horizontally along the crane arm. These cranes can be extremely heavy and are assembled on the job site.

Stacker cranes are automated machines using a forklift-like mechanism and are primarily designed for warehouse storage.

These kinds of cranes move on the railway track. Rail Road Cranes are utilized for the construction of railway lines, maintenance, and for their repairing.

They cannot travel on roads or another place except railway tracks because of the flanged wheels.

Thie crane use for harbor area. So, called Harbor cranes, this crane use loading and unloading of ships.

This crane features a special mechanism where the crane hook was made to stay at a constant level. Because of this, up and down motions of the jib arm is only going to move the hook towards, or away from, the base of the crane.

Advantage of this type of motion is that the crane could be set to operate at a fixed level relative to the ground, where such action is required to handle load materials with precision as may be often be required, for instance, during shipbuilding. 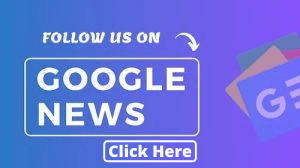 Hey, I am Krunal Rajput. The Man Behind CivilJungle. I started this site to spread knowledge about Civil/Mechanical/Electrical Engineering. I am a Degree Holder in Civil Engineering.

Different Types of Plumbing Pipes for Different Use