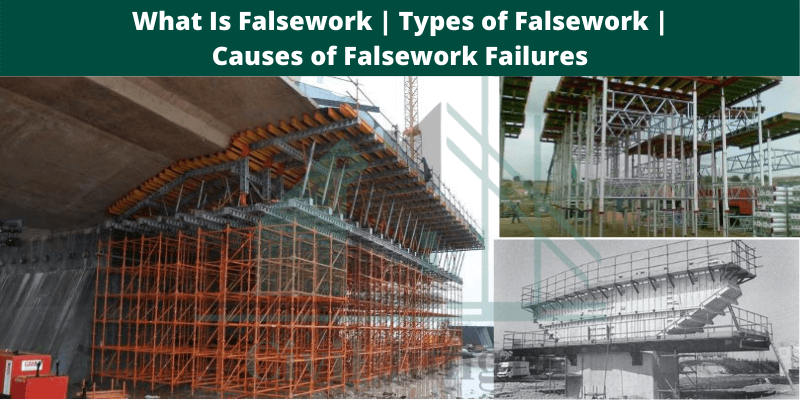 Falsework can be used to support formwork for in-situ concrete, prefabricated concrete elements, steel sections0, or stone arches, for example, during bridge construction.

• Falsework is defined as a temporary structure used to support a permanent structure during its construction and until it becomes self-supporting.

• Falsework may be required to support steel and timber frameworks and masonry arches as well as in situ and precast concrete construction.

• The design and construction of falsework are covered by BS 5975: 1982 Code of Practice for Falsework.

• Falsework is often constructed from conventional loose steel scaffold tubes and fittings together with adjustable telescopic props and forkheads (sometimes flat heads), which carry the main timber bearers on which the formwork or deck is built.

• Secondary beams may be interposed between the main bearers and the formwork.

• Prefabricated steel frames, military trestles, towers, steel girders, and standard steel sections are employed for more specialized work, and generally, where the load to be supported is particularly heavy.

• The total or even partial collapse of falsework may lead to serious accidents for those on the structure which are thrown from or fall from their place of work.

• More often than not, collapse occurs when the structure is being loaded, e.g., during the placing of concrete when the number of workers involved in the operations is high.

• Where other work is being undertaken below the loading level, the people involved are also at considerable risk from falling materials, i.e., both from the falsework and from the supported permanent works.

• Accidents also occur without the falsework collapsing. These are the result of people slipping or falling or both from the structure. 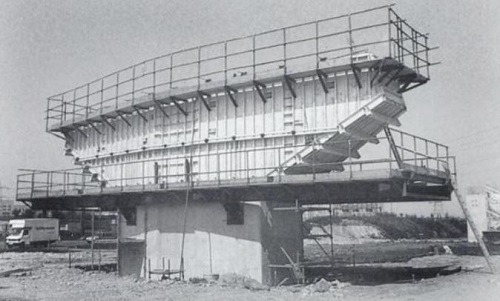 • In addition to their major supporting roles, the falsework and the formwork provide a place of work, and normal edge protection requirements are necessary at all open sides and holes in the decking, as well as properly constructed access to all places where work is to be carried out (see above – Fig.).

• The collapse of falsework can be attributed to inadequate design, poor construction, or a combination of the two.

The shorbrace support system is used widely to support the bridge deck. This system possesses many merits.

One of these merits is simple and quick erection and dismantling of falsework. Also, it can be used to support heavy structures safely.

This system consists of many components as per below: 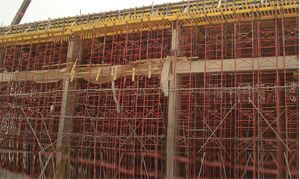 These frames are the main component of falsework. It is connected with each other to form a tower of the desired height to support formwork, as shown in the figure above. 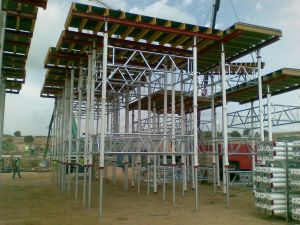 The function of this frame is to assist in maintaining the required height of falsework. This frame inserted inside the short brace frame then connected by load pin with the mainframe 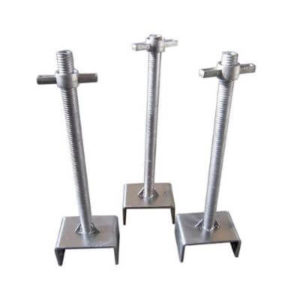 The soldier of formwork will place inside the U head jack. This u-head is adjustable and will contribute to providing an accurate profile of the casted slab.

This will brace adjacent shore bruce frames. The figure above shows the different components of falsework.

Cup-lock supporting system is used widely in bridge and building construction. This system required a small space for storage.

The erection and dismantling of this system are simple and quick compared to other supporting systems.

This system consists of many components as per below: 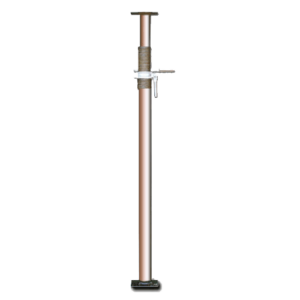 Standard height can vary from one to three-meter. 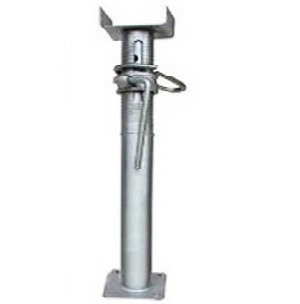 These items are used similarly as in shorbrace supporting system 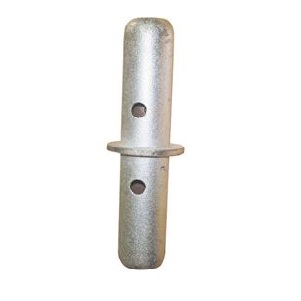 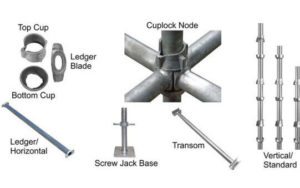 Ledgers are connected to standard to increase the stiffness and minimize the deformation.

In general, the primary causes of formwork disasters are

2. Premature removal of forms or shores, and

Hadipriono and Wang (1986) examined the causes that resulted in 85 major falsework failures over the past 23 years.

Three causes of failure were identified: triggering, enabling, and procedural causes (above table). 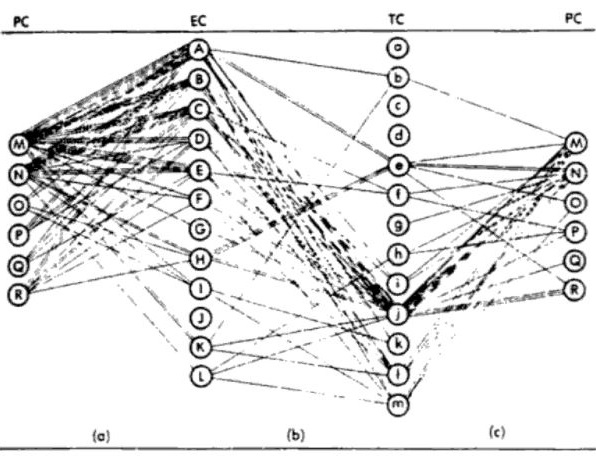 Most failures occurred because of the interaction of the triggering and enabling events that were, in many cases, produced by inadequacies in the procedural methods (see above fig 1). 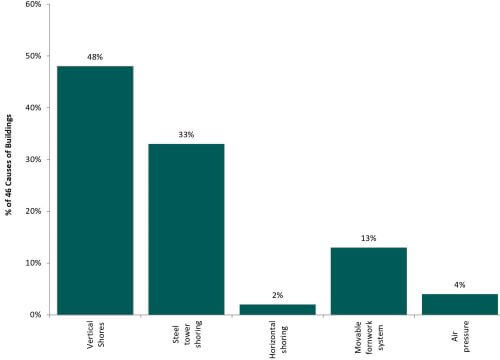 Figure 2. Falsework collapse by types of falsework (Hadipriono and Wang. 1986)

Figure 2 shows that almost half of the building’s falsework failures were due to deficiencies in regular vertical shores. 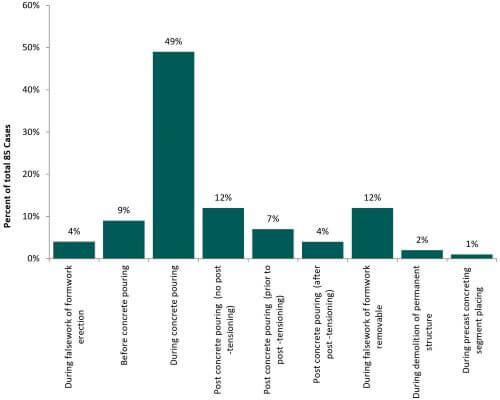 Figure 3 shows that one out of two falsework collapses occurred during concrete casting.

In many cases, an excessive rate of concrete pouring and the use of powered equipment, such as motor buggies, imposed lateral forces on the falsework; several of the that were not adequately braced have come down.

Inadequate falsework cross bracing or lacings were the primary source of several falsework accidents (see table, Section b), such as the collapses of the Arroyo Seco Bridge in CA, the Skyline Center Complex in VA, the highway ramp in East Chicago, and the Coliseum in New York.

temporary construction work on which a main work is wholly or partly built and supported until the main work is strong enough to support itself.