What Is Folded Plate? When assemblies of flat plates are rigidly connected together with each other along their edges, such setup is known as Folded Plate. Folded Plates are connected to in such a way that the structural system is capable of carrying loads without the need of additional supporting beams along mutual edges.

The first Roof which was constructed using folded structure was prepared by the engineer eudene Freyssinet in 1923 as an aircraft hangar at Orly airport in Paris. 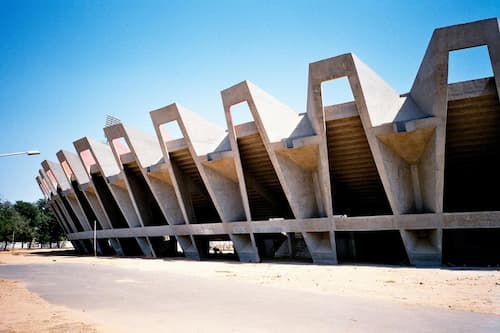 What Are Folded Plate Roofs?

Types of Folded Plate are the following.

Folded plates are assemblies of flat plates rigidly connected together along their edges in such a way that the structural system capable of carrying loads without the need for additional supporting beams along mutual edges.

Also, Read: What Is Superstructures | Difference Between Load-Bearing and Framed Structures

Folded plate roofs are roofing systems chosen for their high weight-bearing capacity and their durability. They can be best described as assemblies that consist of flat slabs or plates that are inclined in different directions and are joined along their edges at the top.

Folded plate structures are composed of a number of flat plates connected to each other. They have many uses: in roofing of large spans in an architecturally appealing appearance; as box girders in bridges and overpasses; as bunkers in silo structures; as sheet piles.