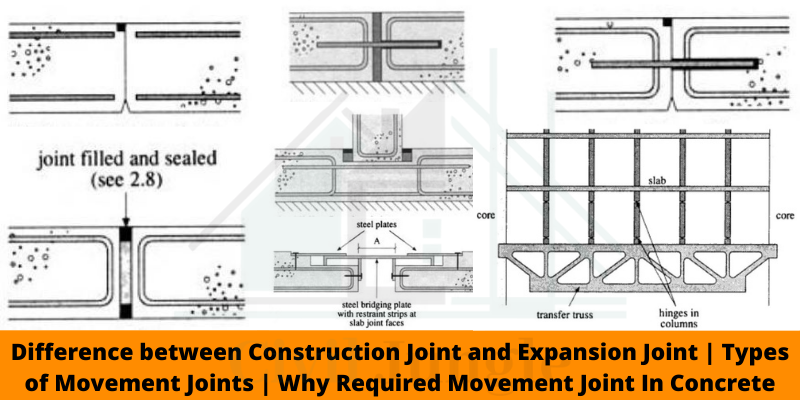 Introduction of Movement Joint In Concrete

All buildings move. If there is no restraint to movement, then it can occur freely without the development of internal stresses that could lead to damage.

In practice, some restraint will always be present, even in the smallest building element.

The concrete designer is concerned to identify sources of movements, assess their magnitude, and then to consider whether the structure will be damaged if and when movements occur.

If so, joints offer one solution for avoiding or controlling such damage. (Other solutions include the use of prestressing to prevent or limit tensile stresses, and the use of additional reinforcement to control cracking.)

Failure to provide movement joints where needed may lead to the structure making its own – by cracking.

Why Required Movement Joint In Concrete 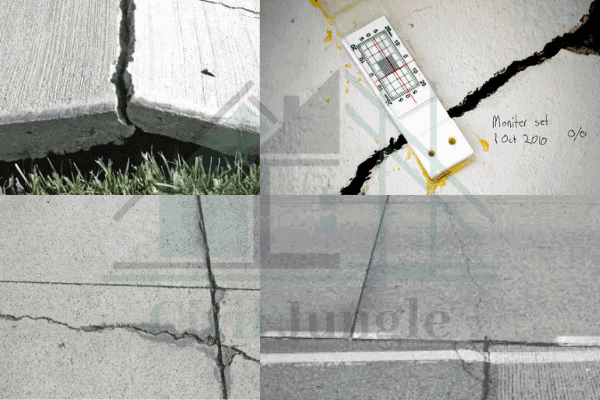 Sources of movement can be external or internal.

Sources of movement also arise from within the concrete itself. 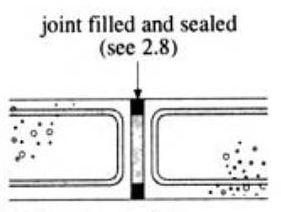 As its name implies, this joint allows free translation and rotation in all directions. See the above figure. It is most commonly used in the following circumstances:

Also, read: Grades of Cement | Types of Cement Grades | Which Grade Cement Is Used for Slab

This type of joint is formed and has no initial gap. It is for use where the movement will lead to opening of the joint only (see above figure ).

It is most commonly used in water-containing structures to deal with early-age thermal movements and irreversible drying shrinkage, where no load transfer or equalizing of deflection in the plane of the joint is required.

Such a joint may be applicable in circumstances where some expansion may occur, for example, due to temperature rise – but only when this follows and is of lesser magnitude than initial contraction.

In this type of contraction joint, reinforcement continues across the butt joint in the concrete, although it is either reduced in section or debonded so that the joint will indeed be able to serve as a plane of weakness at which contraction can occur.

Steel is provided to ensure that shear loads can be transferred across the joint and/or when equalizing of deflection in the plane of the joint is required.

Such joints are provided to deal with early-age thermal movement and irreversible drying shrinkage in water-containing structures, retaining walls, and large ground-bearing slabs.

There are two basic variants – the tied and the debonded joint. They may be formed by placing concrete either side of the joint in two pours, or alternatively, the concrete is placed in a single pour.

In the latter case, separation at the joint is achieved by the use of a crack-inducing strip and/or sawing a groove in the concrete surface.

This term is commonly, but loosely, used to describe any formed gapped joint, whatever its structural role and irrespective of whether opening or closing movements are expected.

Such a joint is intended to allow expansive movement to occur freely. It may be free (See above figure free expansion joints) – in which case it is essentially a free movement or isolation joint – or have reinforcement (See below figure reinforced Expansion joints) to transfer shear and equalize deflections.

The reinforcement, if present, must be debonded to allow free axial movement.

This type of joint is used for elements exposed to significant temperature variation (notably solar gain) such as roof slabs, footbridges, and ground-bearing slabs outdoors.

The hinged joint (See above figure) is more common in bridges, particularly arches, than in building structures.

It has a narrow concrete throat with concentrated reinforcement to allow rotational freedom (minimizing moment transfer) while providing shear and axial load transfer and equalizing deflections across the joint.

It has been used in a few structures to provide effectively ‘pinned’ concrete connections, for example, to minimize potentially damaging horizontal shear forces in the lowest of column carrying floors down to a progressively – post-tensioned long-span transfer (See below figure) 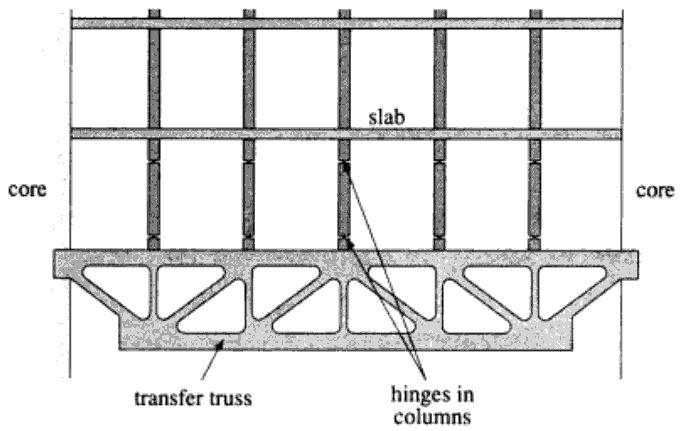 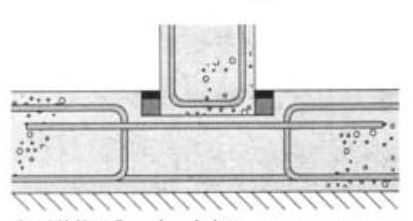 Such joints are similar to free movement joints except that loads are carried from one element to the other by bearing.

This may be achieved either directly across smooth concrete surfaces or (preferably, to minimize friction) by purpose-made bearings or membranes designed to allow the required freedom of movement while still transmitting loads.

Such bearings, suitably designed, can also provide acoustic and vibration isolation (e.g., for a hospital built next to a railway line) and base isolation to protect structures in seismic zones.

A common example of a sliding joint is the slip membrane provided under a ground-bearing slab to allow shrinkage contraction. This is discussed in Deacon”.

Figure sliding and bearing joints show a typical sliding joint at a floor-wall junction in a water-retaining structure. 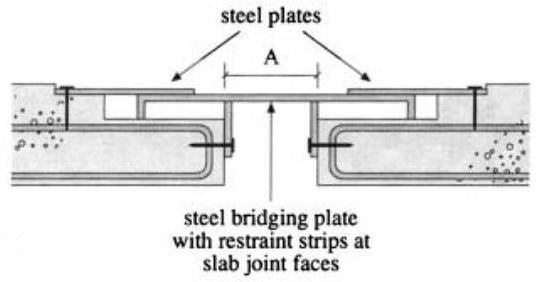 Earthquakes can cause large movements to occur in buildings and other structures. This calls for particular attention where open movement joints have been provided; these joints will have to be of sufficient width to accommodate the cumulative anticipated movement across the joints.

This may be 100mm or more, which is well beyond the capability of any orthodox joint sealant or gasket. Choosing a suitable bridging material for such joints may be complicated by the need to accommodate pedestrian or vehicular traffic.

Types of Expansion Joints in Buildings

The construction joint, control joint, expansion joint, settlement joint, and the seismic joint are some of the common types of joints in building construction. Building joints allow for movement along the depth of the structure.

They are required to break the bond between building sections to ensure the sections can separate. Since the material is compressible, it can accommodate the movement of adjacent materials.

When Should Expansion Joints Be Used?

Expansion joints are required in large ducted air systems to allow fixed pieces of piping to be largely free of stress as thermal expansion occurs. Bends in elbows also can accommodate this.

Expansion joints occur through all parts of a structure to provide complete separation – through floors, walls, ceilings, and roofs (interior & exterior).

How Many Expansion Joints Are in a Building?

Expansion joint spacing is dictated by the amount of movement that can be tolerated, plus the allowable stresses and/or capacity of the members. As with contraction joints, rules of thumb have been developed. These range from 30 to 400 ft (9 to 122 m) depending on the type of structure.

A key joint is a pre-manufactured device used to create control joints in concrete structures. As freshly-poured concrete begins to dry, it tends to shrink or contract. This contraction can lead to cracks or breaks in the surface of the concrete, or in tiles and other floor finishes installed over the slab.

Expansion joints are separations between structures, simply gaps, to allow them to move and reduce stresses that may occur. Often, these gaps are filled with an Expansion Joint System to fill in the void to ensure walkability, a complete building enclosure, waterproofing, and general serviceability of the structure.

Is Expansion Joint a Construction Joint?

An expansion joint separates the building components above foundation such as walls, floors, roofs (except wooden roof) into several separate parts,so that the building can expansion or contraction in horizontal direction. The plane of separation between the placements is called a construction joint.

What Is the Purpose of Expansion Joints in Concrete?

A concrete expansion joint – or control joint – is a gap which allows the concrete to expand and contract as/when the temperature changes. It forms a break between the concrete and other parts of a structure to allow movement without causing stress, which can lead to cracking.