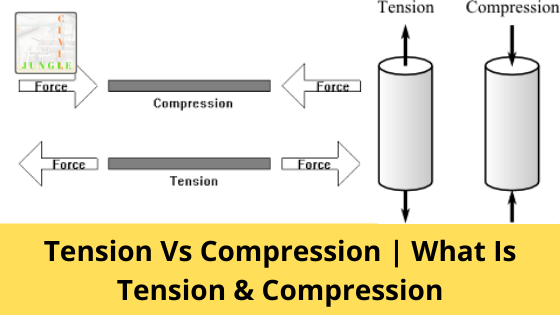 Tension word becomes from a Latin word meaning “to stretch.” Testing part of the force, Like one type of pull force. All physical objects that are in contact may exert forces on each other.

This contact forces different names based on these types of objects in contact. Where one of the objects exerting the force happens to be a rope, string, chain, or cable we call the force tensions 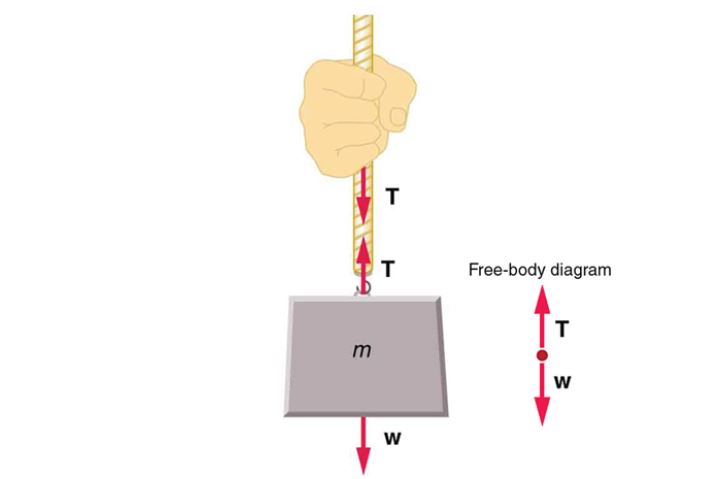 What Is the Tension Force Equal To?

This system has a constant velocity, and there is an equilibrium because the tension in the cable, which is pulling up the object, is equal to the weight force, i.e., mg. Where M is a mass, and g is the acceleration caused by gravity, which is pulling down the object.

The Formula of Tension.

Where you pull on an object with a rope, the rope will stretch slightly. This stretch in the cable can cause the cable to be taut, which allows the cable to transfer a force from one side of the cable to the other, roughly similar to how a stretched spring will pull on objects connected to it.

This stretch of the cable is usually too small to notice, therefore we typically ignore the small stretch that occurs in cables, ropes, and wires. However, if the forces involved are also great, the large amount of stretch may cause the rope to break. So it is advisable to check the tension limit for any cable or ropes you plan on using.

The compression force is used to power everything from compression brakes to hand tools. The compressive strength of materials and structures is an important engineering consideration.

The compression force can be visualized by placing an object on a spring. When the spring is compressed and then released, the object is ejected into the air.

This is a result of the compression force that is generated from compressing the spring. 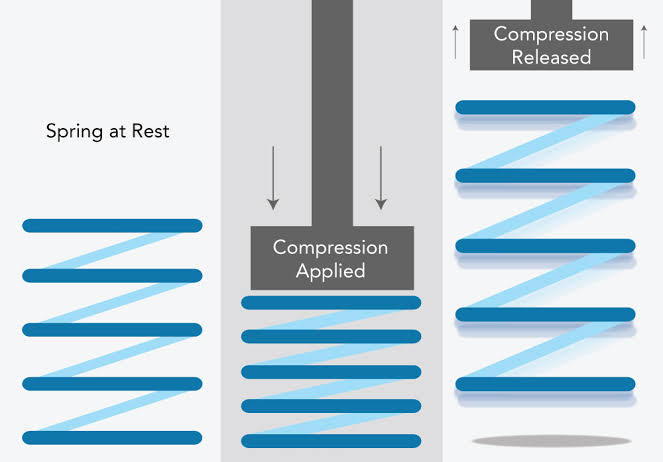 What Is the compression Force Equal To?

The compression force is usually captured in Newton (N), defined as a unit of force that gives to a mass of one kilogram an acceleration of 1 meter per second squared (m/s2, commonly represented as “a”).

The Formula of Compression.

Why Test For Compression Force?

From a design engineer’s perspective, there is a lot to be obtained out of quantifying how a device, product, or structure responds to compressive forces. Compression force testing may yield important information in a variety of facets

In the case of material selection for product design, a compression force test may be used to help design engineers zero-in on the material optimized to withstand compressive environments.

This Compression force tests may help design engineers improve the features of their product designs by capitalizing on competitor shortcomings.

Compression force tests may be integrated into certification processes like ISO, ASTM, and others.

Compression force tests may also be a last line of defense for products, where such a test will help identify potential product defects. The test can also be used to help identify if something in the manufacturing process has to be adjusted.

What Is Tension and Compression?

Concrete is an example of a material that is strong in compression and weak in tension. This is why it is useful in walls, such as brick walls, where all the forces from the bricks, the upper floors and the roof act as compressive forces on the concrete bricks.

What Is the Difference Between Tension and Compression?

Distinguish Between Tension and Compression.

Tension force tries to elongate the material. In contrast, compression attempts to shorten the body. In tension, all forces are pulling away from the object. In compression, the forces acting on the material push towards the body.

2 thoughts on “Tension Vs Compression | What Is Tension & Compression”