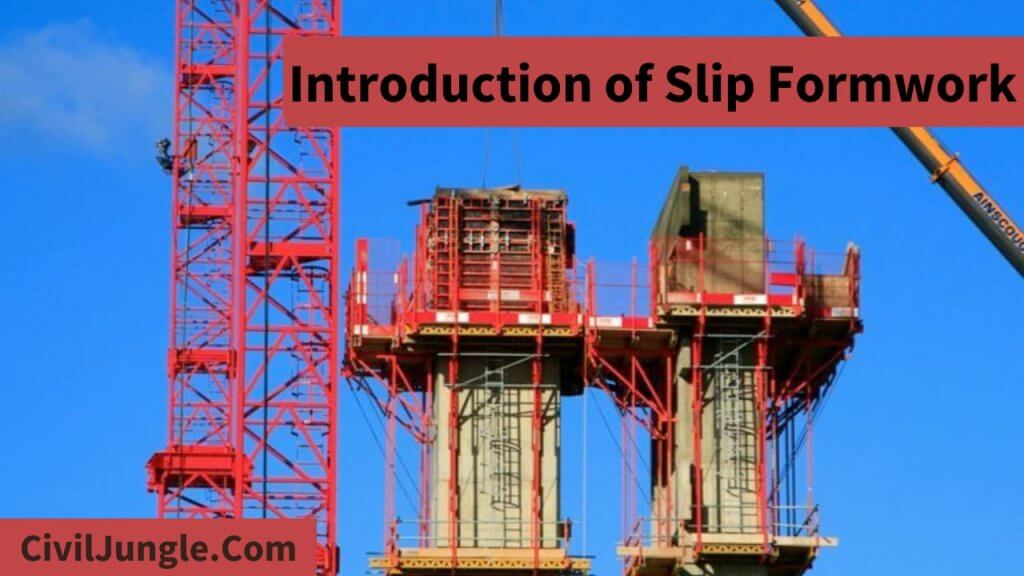 What Is Slip Formwork?

Formwork is a temporary moulid that is used for the pouring of concrete. The Traditional formwork is made from timber, steel, glass fiber, and some other types of materials.

The word ‘Slip formwork’ itself indicates the meaning that it is formwork that moves from its position for the construction of the structures.

Slip Form is an advanced construction Technique in which the formwork continuously rises in the vertical direction for the construction process.

Slip Formwork used for the vertical construction of the RCC structures. The Slip Formwork is an economical method that required very less labor because all the process in this technique mostly runs automatically.

Slip Forming is an economical, fast, and accurate form of construction Technique that is used for the construction of various types of high-rise structures. 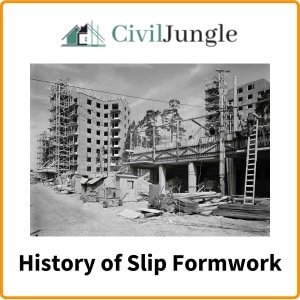 The Sheraton Waikiki Hotel in Hawaii was also constructed from the Slip formwork Technique in the year 1969. The United States of Kingdom adopted the technique of the slip formwork for the construction of roadways, curbs, and bridges, etc.

The Slip Formwork Technique also used for the construction of the paving of airports and runways.

Various parts of the slip formwork are as follows

The Yokes in the slip forms are used to attach and support wales at regular intervals with the legs.  The Yokes are capable of transmitting the lifting forces from the jacks that are used during the removal of the formwork.

It also plays the function of resisting the lateral force of the plastic concrete within the formwork. The Lifting jacks are mounted on the jack rods that are used to lift the slip form. 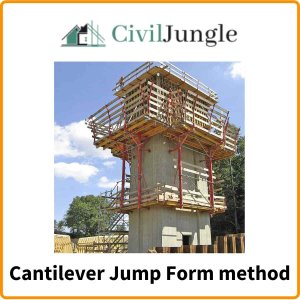 In the cantilever jump Form method, the work of the lifting devices to lift and expand the formwork is done with the help of the electric motors.

This method minimizes the use of the cranes as it is attached to the large area of the formwork concerning the story height. 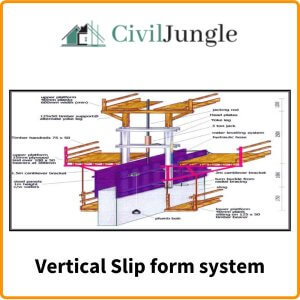 In the vertical slip form system, the concrete form is surrounded by the platform which is used by the workers to stand and work safely. The concrete form and working platform are raised with the help of hydraulic jacks.

There are different types of hydraulic lifters are available that are used to efficiently lift the formwork for the whole horizontal projection. 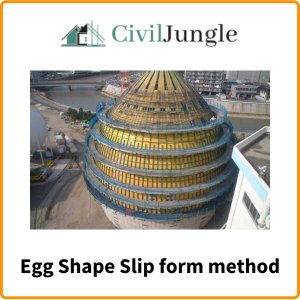 The egg shape slip form method is based on the principle of the jump form that can be adapted to any geometric shape.

The Egg shape slip form system is very flexible to accommodate the adjustment on each side of the wall as well as the products of the optimal working conditions. 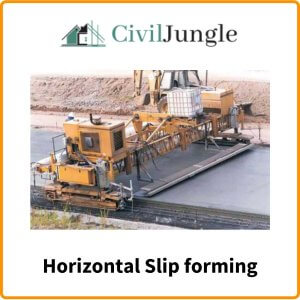 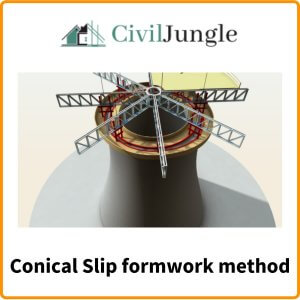 The conical formwork system consists of the formwork having conical shapes that are made from the cantilever plates as well as the overlapping plates. These plates are attached through the steel yoke frames.

The Cantilever and the overlapping plates have the mechanism of automatic adjustment of the geometry. It is one of the special types of the slip formwork method which is used for the construction of the varying thickness walls. 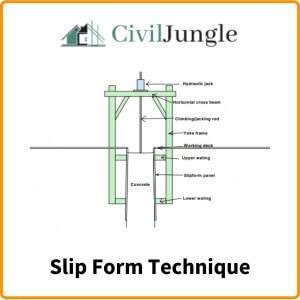 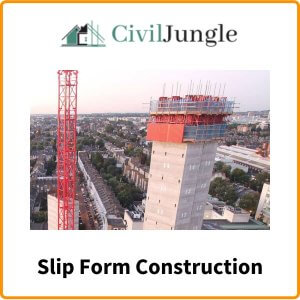 Also, read: Requirements of Good DPC | Prevention of Dampness: Use of DPC | Methods of Damp proofing

Slip form is used for the construction of various types of structures that are as follows.

The Safety features of the slip formwork are as follows

Here are some of the points that should be considered for the economic construction of the structures.

It helps the construction businesses to deliver quality construction within the stipulated time of the project. This method ensures the quality control and homogeneity of the structure.

Slip form construction technique is an alternative for conventional formwork system which helps in continuous vertical and horizontal construction. The slip form helps to conduct continuous pouring of the concrete to the moving formwork. The process stops only when the required length of casting is completed.

Generally, the slip form rises at a rate which permits the concrete to harden by the time it emerges from the bottom of the form. In horizontal slip forming for pavement and traffic separation walls, concrete is laid down, vibrated, worked, and settled in place while the form itself slowly moves ahead.

Slip form paving is defined as a process used to consolidate, form into geometric shape and surface finish a PCCmass by pulling the forms continuously through and surrounding the plastic concrete mass. Slip form paving is most appropriate for larger jobs that require high production rates.

Slip form is a construction method for reinforced concrete walls, generally lift and stair core walls, and is often economical for buildings more than ten storeys in height. Slip form involves the formwork for the walls being raised in a continuous process as the wall concrete is poured.